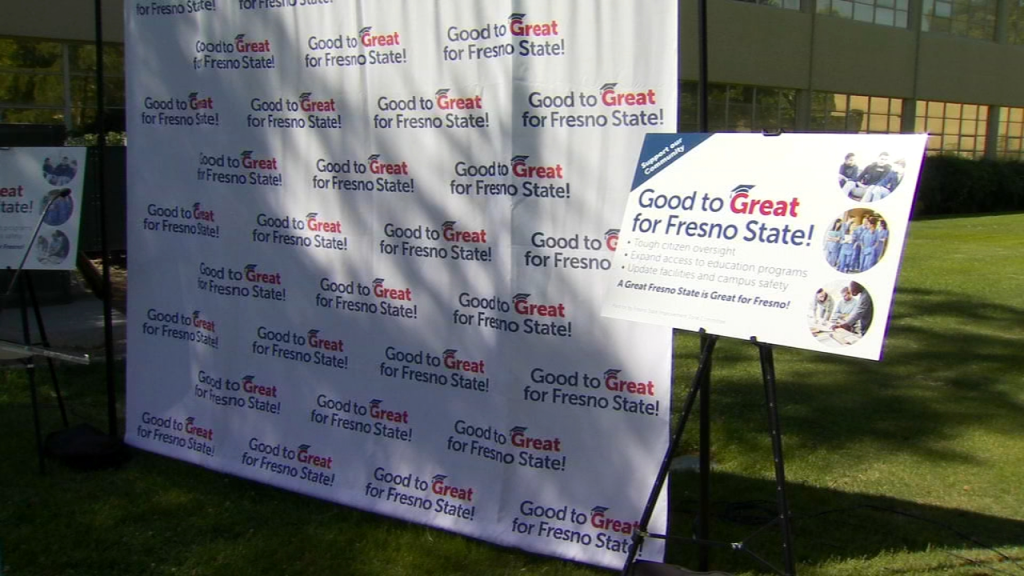 Measure E, the Fresno County sales tax initiative that would benefit Fresno State, is facing opposition from The Collegian, the university’s student-run newspaper.

This week, The Collegian published an editorial opposing Measure E.

If Measure E passes, it would levy a 0.2 percent sales tax on Fresno County and bring in an estimated $36 million over the 20-year life of the measure. Two-thirds of the money would go toward academic facility improvements and scholarships, while the other third would be allowed to be used for athletics, such as renovating the aging Valley Children’s Stadium.

In the editorial, The Collegian’s managing editor Ashley Flowers pointed to transparency issues surrounding the initiative.

A major issue lies in Richard Spencer – the owner of Harris Construction – as the sole financial backer having put up nearly $1.5 million of his own money in an attempt to get Measure E passed.

“If Measure E passes, Spencer – whose company has worked with Fresno State and profited from it before – stands to gain much more than any taxpaying resident,” Flowers wrote.

She also noted the controversy that Spencer had with Fresno Unified bond Measure Q, which he financially backed. Measure Q passed in 2010 and resulted in Harris Construction being awarded nearly $115 million in leaseback contracts.

Another issue concerning the editorial board centered on the one-third allocation for athletics.

“There’s no doubt that Fresno State football is big for the Valley and that the Red Wave’s passion calls for a bigger, better stadium. Taxing the entire county of Fresno voters – many of whom will never attend a Fresno State class or even a football game – isn’t a reasonable way to achieve that. Especially not when Fresno County’s 2021 census data revealed that 17.1 percent of people living in the county were in poverty,” Flowers wrote.

“Fresno State needs help, but the burden of that help shouldn’t be on the shoulders of everyone who happens to live within Fresno County – especially not when the tax increase is part of a rich man’s scheme to get richer.”

Reporter Aidan Garaygordobil touched on the need for repairs and modernization on campus.

“An increase in revenue to address these issues is the most viable option in my opinion,” Garaygordobil wrote. “Considering the sheer investment Fresno State puts into the citizens and community of Fresno, I feel that this miniscule tax will not only give back to the school but act as a new investment in itself.”

Reporter Al Scott wrote about the dire need for change at Valley Children’s Stadium, touching on the golf carts that weave in and out of people on the concourse, the decrepit walkways and the challenges people in wheelchairs face to reach handicap seating.

“There are certainly other areas on campus and in the athletics department that could use the money, but Fresno State should consider spending a large chunk of money on renovating Valley Children’s Stadium should the measure pass,” Scott wrote.