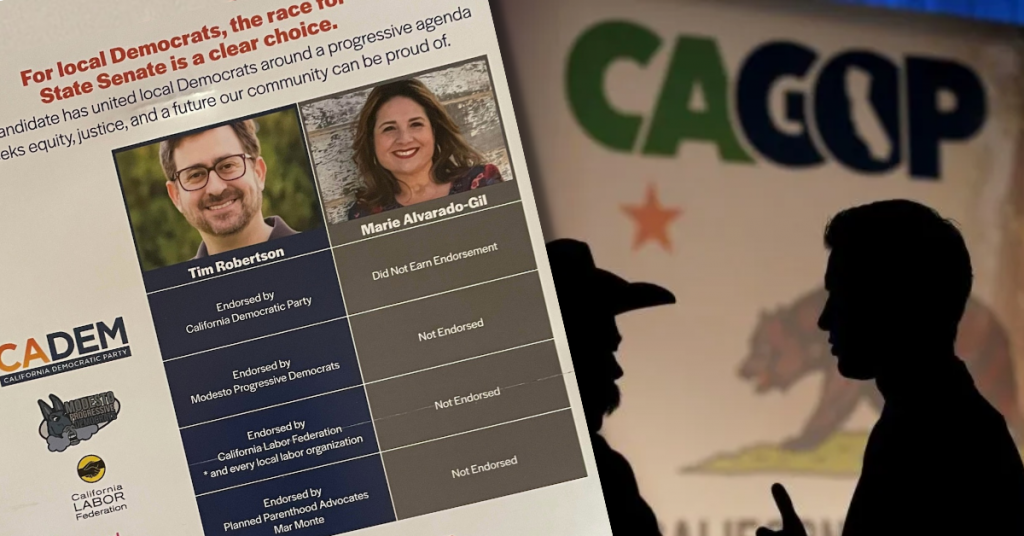 By registration, it is the fourth most-conservative registered district in the 40-member body.

However, in a shocking twist, the voters in the heavily-GOP district will be represented by a Democrat come December 2022.

The seat, which became open when Sen. Andreas Borgeas (R–Fresno) opted against running for re-election in 2022, played host to a six-way fight among Republican contenders.

GOP leaders in Stanislaus County held little back in expressing their displeasure at the unfortunate fate befalling the woebegone party.

“This is the nightmare scenario,” Joseph Day, chairman of the Stanislaus County Republican Party, told GVWire. “A lot of people thought that they would have a chance to win. So they jumped in, but they split the votes and that’s unfortunately what can happen.”

In an even stranger twist, the icing out of Republican contenders from the solidly Republican seat may have been sealed by efforts by the Senate GOP Leader Scott Wilk.

A wave of mailers directed at Democratic voters, sent by Wilk’s 2026 Lieutenant Governor campaign committee, pressed for voters to consolidate around Robertson, likely in the hopes of ensuring one of the six Republicans would advance.

However, one side of the mailer included comparisons of Robertson to Alvarado-Gil, including a photo of the likely November contender.

A Stanislaus County Democrat who did not wish to be identified told The Sun on Wednesday that she received three copies of the mailer in the waning days of the June Primary.

The Sun contacted Wilk’s office for comment on the strategy behind the mailer, along with the ultimate result of the 4th district. His office did not respond prior to publication.

Republicans in the north Valley, meanwhile, have privately vented at the lack of involvement and intervention by party officials to consolidate support around a single GOP contender to ensure the party held the safe seat for the next four years.

Mailers from a party leader promoting Democratic candidates, however, added insult to injury.

“With the field that crowded why would you even think about sending a mailer promoting both Democratic candidates?” one senior Sacramento Republican told The Sun on Thursday morning, challenging the strategy and musing about slimming GOP prospects in the Senate.