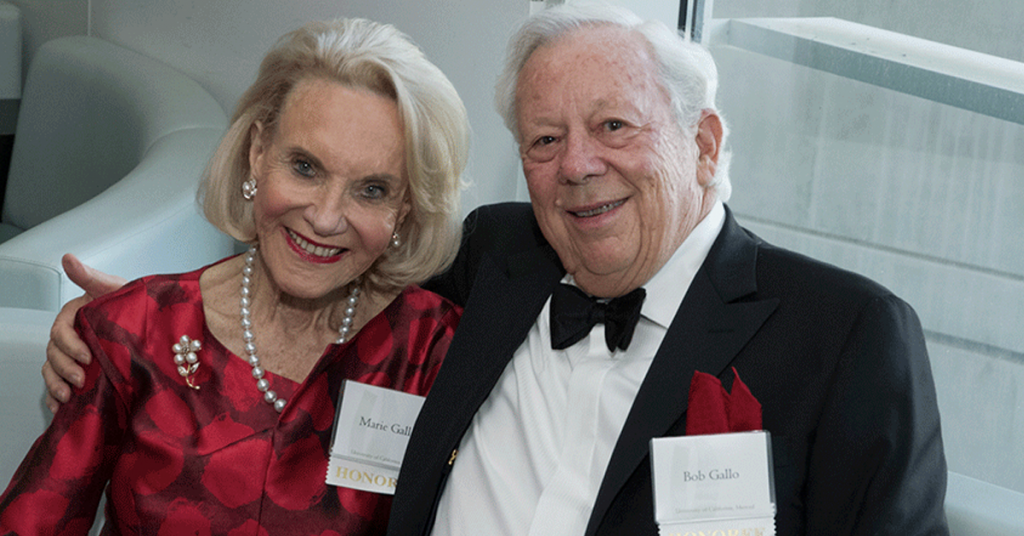 Modesto philanthropist Marie Gallo passed away in her sleep Monday at the age of 86, according to reports.

Gallo’s husband, Bob Gallo, is the co-chairman of E&J Gallo Winery, the largest-family owned winery in the world and the largest private employer in Modesto.

The crown jewel of Gallo’s philanthropy is downtown Modesto’s state-of-the-art performing arts center, the Gallo Center for the Arts.

“Marie Gallo was the mother of the Gallo Center,” Gallo Center CEO Lynn Dickerson told ABC10. “Without her tireless efforts, it likely would never have been built.”

The Gallo Center opened in 2007 and has served as a venue for local artists as well as top-flight national artists and entertainers who otherwise would likely not perform in Modesto.

In 1997, Gallo was appointed by then-mayor Dick Lang to assemble a research team to look into the possibility of building a performing arts center.

After the team’s work greenlit the project, the Gallo family donated $10 million to the project in 1999.

“She was the out front person,” Dickerson said. “Very involved in the arts and education, and pretty much any good thing that ever happened in our community. She was very beloved by many, many, many people.”

Along with her work for Modesto’s performing arts, Gallo also was a prominent supporter of the Roman Catholic Church.

Gallo also started the Catholic Social Service Guild in the 1970s and helped bring the Sisters of the Cross to Modesto.

“Marie Gallo was raised in a home that stressed the importance of a vibrant faith and a compassionate heart and that showed through her community service,” the Stockton Diocese said in a statement.

“Marie and Bob have passed on their faith and values to their family.”

Gallo, a Modesto native, was born on April 23, 1935, and she graduated from Modesto High School and Notre Dame de Namur University in Belmont, University.