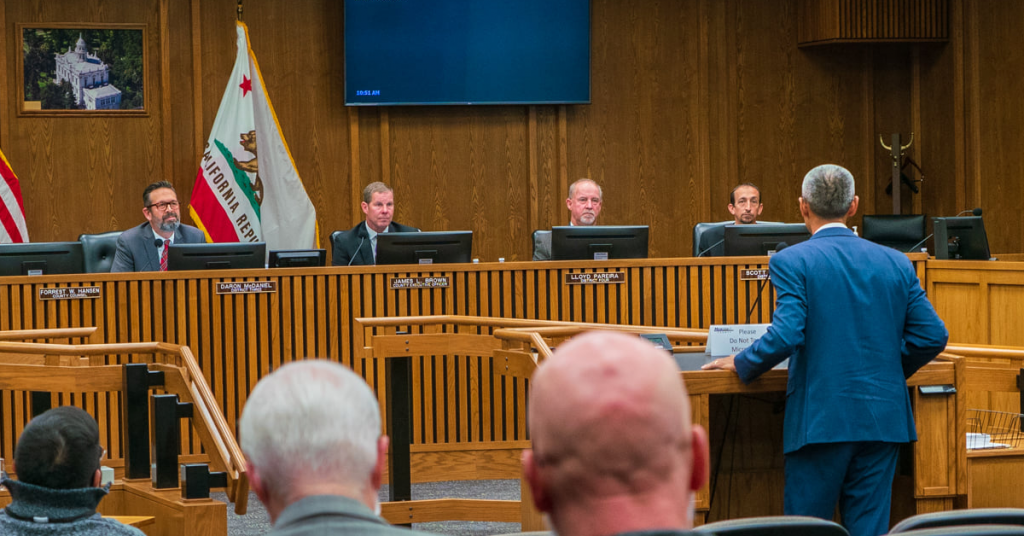 Merced County approved the new supervisorial district lines on Saturday, marking a large shift in the Los Banos area but otherwise keeping the map rather similar for the next decade.

The board approved a map named NDC 101d, which was submitted by county consultant National Demographics Corporation, by a 4-1 vote.

The most visible change for the new districts comes with District 1 and District 5. For the last decade, District 5 has spanned the southwestern portion of Merced County, representing Los Banos, Dos Palos and Santa Nella.

But because of large population growth in the area, the new map has moved Santa Nella into District 1, which also contains Livingston and south Merced.

Before the new map was finalized, District 5 Supervisor Scott Silveira spoke to the pending change in his district of losing Santa Nella and his commitment to still support the community.

“I think it’s a travesty that they don’t have a park there. If it ends up that I don’t represent Santa Nella moving forward, my commitment still to those folks is I’m still committed to getting you a park there, and I will do everything that I can to try to make sure that that happens.”

While some counties across the Valley have been home to controversial redistricting meetings with heavy public involvement, only a handful of people addressed the Merced County Board of Supervisors.

One resident brought forth concerns regarding the fact that map NDC 101d has two majority Latino citizen voting age population (CVAP) districts and asked why there are not three.

Legal counsel Chris Skinnell addressed those concerns, explaining that the Supreme Court has ruled for the necessity of minority-majority districts that place higher than just the bare minimum of 51 percent.

“Instead of doing just a bare 51 percent and calling it even is because historically the courts have recognized that protected classes for Voting Rights Act purposes – in this county, Latinos, but in other places other groups – often register to vote and turn out to vote at lower rates,” Skinnell said.

“So for those to be legitimate opportunity districts for Voting Rights Act purposes, they typically tend to need to be a bit higher than just 50 percent.”

Here’s a look at the new Merced County Supervisorial districts with their respective CVAP numbers: