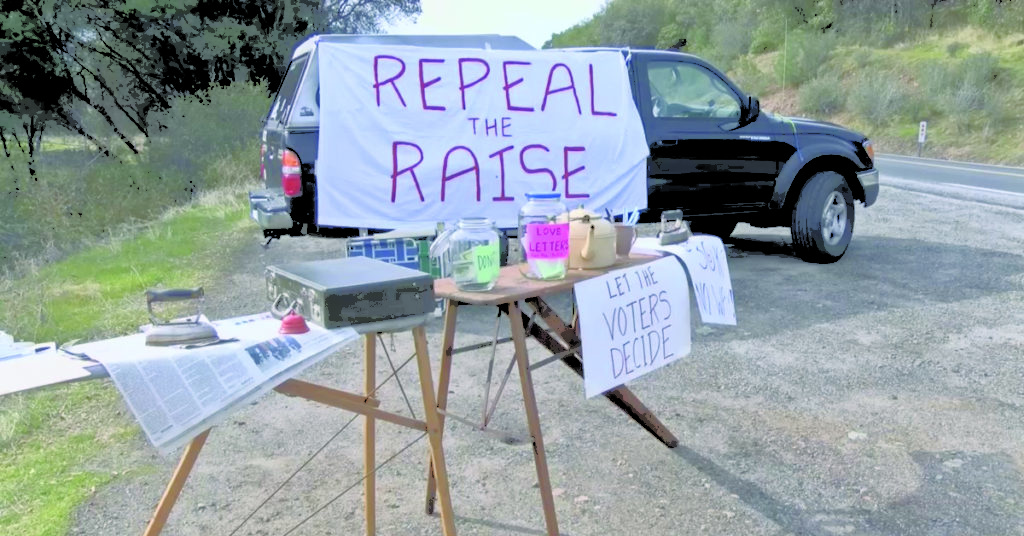 The Mariposa County Board of Supervisors will not be receiving a $30,000 raise after all.

Local activists’ efforts came to fruition on Tuesday as the Board unanimously approved to rescind Ordinance No. 1148, the ordinance that would have given the Supervisors a raise.

At a Jan. 7 board meeting on Jan. 7, supervisors approved the ordinance 4-1, which would raise their salaries from 25 percent of the superior court judge’s salary to 40 percent. The judge makes around $200,000, so the raise would have been about $30,000 for each supervisor.

Supervisor Marshall Long was the lone dissenting vote at the time.

Shortly after the board passed the ordinance, many community members launched an active opposition campaign and collected signatures for a referendum.

Activists needed to turn in 823 signatures to be over the required threshold. They presented County Clerk Keith Williams with 1,488 signatures, and he verified 1,054 of them, according to a report from the Mariposa Gazette.

The board’s unanimous decision to rescind the ordinance and not put it on the ballot to let voters decide was in part due to the current COVID-19 pandemic.

“I don’t see this board moving to hold a special election,” said Supervisor Miels Menetrey. “That just costs money, and in our current situation I don’t see that as a good idea.”

Supervisor Rosemarie Smallcombe added, “I would have been embarrassed to take a salary increase given the current circumstances that we’re in, just from the standpoint of the tremendous anxiety that’s out there, and as well as the economic condition that we’re in.”

The board also unanimously approved a contract extension with Wendi Brown Creative Partners, a government recruiting firm that Supervisors hired to perform a salary study.

The contract was originally from May 1, 2019 to Dec. 31, 2019, but the company performed more work for the county after the contract expired, leaving an invoice that needed to be paid.