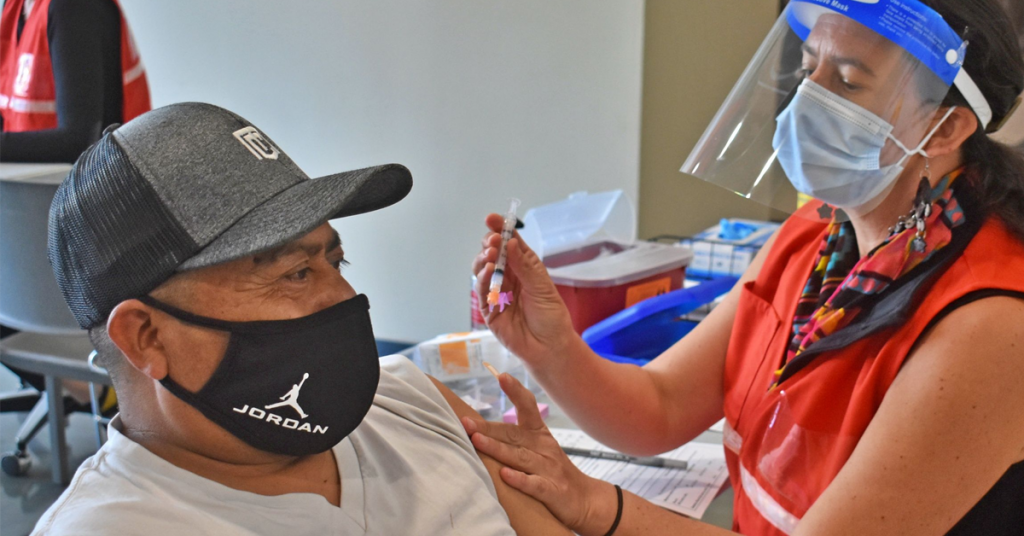 Despite ever-diminishing vaccination rates, Madera County is doubling down on efforts to get residents vaccinated, even reaching as far as to dole out seven figures to controversial community groups to make it happen.

Tuesday, the Madera County Board of Supervisors unanimously approved six contracts that start at a baseline of $290,000, but that total can reach nearly $1.3 million if the county requires the organizations to provide the services through the end of next year.

The organizations include United Farm Workers and the Leadership Counsel for Justice and Accountability, and the funds come from the federal and state COVID-19 response stimulus packages.

The state has directed local health departments to use funds to work with community based organizations for vaccine outreach and support.

Madera County Public Health Director Sara Bosse said the nonprofits help the county with vaccine clinics. Each organization is assigned to canvas the area near a specific clinic to register people and help answer any questions.

In response to a question posed by Supervisor Leticia Gonzalez regarding the measured success of the organizations, Bosse said the county looks at the numbers of people going to each clinic to determine the success of each organization.

Before the board took a vote, Madera County Farm Bureau Executive Director Christina Beckstead shared concerns about the contracts given what she pointed to as a lack of transparency from the nonprofits through the course of the last year.

“And now I’ve turned around and said, ‘I want you to give me transparency.’ And we haven’t been able to get that. As staff has asked on some of the calls for updates on where things are, what the plan is for the week, where are they going – there’s been maybe one or two that will give an update and then it’s crickets from the rest.”

These interactions have been part of the Farm Bureau’s work with the county’s COVID-19 agriculture task force.

Beckstead said the Farm Bureau assisted a local businessman for two weeks to set up vaccination clinics, and the bureau helped fill the spots. But later when the county asked him to host another clinic, several other agencies were not able to find enough people to fill the time slots, causing the clinic to be cancelled.

Beckstead suggested that the board demands more transparency from these organizations and keep tabs on their operations.

“If these agencies are expecting everyone else to be held to a higher regard in whatever other instance is going on, I would demand the same from them,” Beckstead said.

The board took Bosse’s comments to heart and discussed the need to hold the community based organizations accountable and keep track of their success and failure.

“They might be trusted in the community, but we’re talking about a lot of money here,” Rogers said. “And we have the responsibility to oversee that money and make sure that it’s doing what it was supposed to do. The only way to do that is to trust but verify.”

The six contracts have been signed with the following organizations: