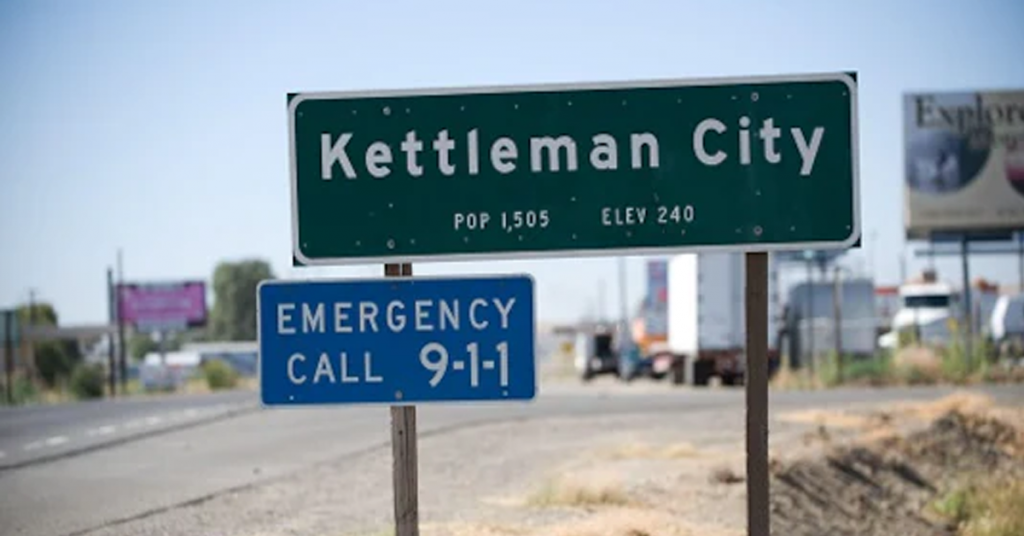 Kings County is redoubling efforts to secure water from the state for Kettleman City, which is projected to run dry by the end of the year.

The impoverished community, located at the intersection of Interstate 5 and Highway 41, is set to receive a bare minimum emergency allocation of water for its residential health and safety needs.

Earlier in October, the Kings County Board of Supervisors asked the California Department of Water Resources to provide 310 acre-feet of water to meet the full extent of community’s minimum needs.

The state partially rebuffed the request, responding with the approval of 96 acre-feet, which it says will meet the non-commercial requirements.

Per the state’s plan, commercial users will have to purchase water on their own.

Justin Mendes, a regulatory specialist with the Tulare Lake Basin Water Storage District told the Board of Supervisors Tuesday that the state’s response was unfortunate.

“It’s sad. We brought this to attention in August. The county, the water storage district, Empire West Side Irrigation District sent a letter on the cost of the State Water Project increasing, and we threw out these numbers of Kettleman Running out of water in August, and we’re just now getting a response,” Mendes said. “We’re not seeing much urgency, and they just want the commercial entities to just pay for it.”

The board unanimously authorized county Chief Administration Officer Edward Hill to respond to the state’s rebuttal expressing Kings County’s disappointment as well as clarifying the request for additional water.

Supervisor Doug Verboon said he is aware of possible funding through the USDA to help Kettleman City commercial water uses pay for more acre-feet in the meantime and is working to provide that.

Verboon and Supervisor Richard Valle also shared their thoughts on why the state would deny the county’s full request.

“I think we’re being targeted because we’re working class citizens and we don’t have the funds to cover the costs. I think this is a good example of how the governor’s office and the legislative staff has been treating this area for years. We need to stay firm on this and make sure the people get the water they need,” Verboon said.

Valle added, “We do get treated differently because, in my opinion, we’re being tied in just with overall Ag and the way that Ag is being treated here in the San Joaquin Valley and the County of Kings. It’s unfair to be treated differently and singled out.”

Hill said he will also contact California’s U.S. Sens. Dianne Feinstein and Alex Padilla to seek out help from the federal government.

“Once we get this in federal hands, it’s not a lot of water in the federal project,” Verboon said. “It just alleviates this being a political headline that goes against the legislature of the state, and we can get on with our normal business which is protecting Ag.”

Over a month after initially putting the brakes on taking action, Kings County is asking utility regulators rethink the approach on energy rate increases.

The Kings County Board of Supervisors unanimously approved a resolution on Tuesday that voices concern about the proposed increases, which would see rates increase by an average of 19 percent in upcoming years.

PG&E made a request to the California Public Utilities Commission (CPUC) in June to increase its rates in 2023-2026. The highest average hike would hit residential customers with a 22 percent rate increase.

Fresno Mayor Jerry Dyer kicked off the opposition to the increases with the Fresno City Council, and the Fresno County Board of Supervisors shortly followed suit.

Last month, Kings County initially opted to wait to pass a similar resolution in order to meet with PG&E and gather more information about the rate hikes.

With more information in hand, the county decided to eschew outright opposition and instead request reconsideration from regulators on the rate increase proposal and calls for a rate freeze to be enacted.

The county’s requests that the rate freeze only be lifted once “true and equitable rate reforms” are implemented.

Kings County also calls on PG&E to continue to identify internal cost cutting and spending control measures, such as a substantial reduction of non-essential expenses.

The county also approved a letter from board chair Craig Pedersen to CPUC President Marybel Batjer.

“These increases are simply unsuitable and an immense financial burden who have no other choice for a service provider,” Pedersen wrote.

Kings County is seeking to keep Corcoran intact when the California Redistricting Commission draws the new lines for the state Assembly.

The current proposal in front of the commission for the Assembly districts would split Corcoran roughly in half.

One part of Corcoran would remain with Kings County and aligned with much of Fresno County while the other part would join with western Tulare County.

“Just looking at this map, it’s obvious somebody who was drawing the map for the next district over, Visalia-Tulare, they needed more population added to that map, so someone had the idea to simply reach over and draw a line and split the City of Corcoran in half to take in thousands more in the population of that district,” Kings County Supervisor Richard Valle said during Tuesday’s board meeting.

“That’s not fair. That’s not what redistricting is or should be about.”

In response to the proposal, the Kings County Board of Supervisors unanimously approved a letter to be sent to the redistricting commission imploring that Kings County – and in turn Corcoran – remains whole.

“The proposed division disadvantages Corcoran, and the many communities of Kings County who rely on their collective voice to gain legislative influence,” the letter from board chair Craig Pedersen reads.

Pedersen wrote that Corcoran has long standing ties within Kings County and shares many common interests with other rural communities in the area that it does not share with Tulare County.

“Kings County and Corcoran would suffer a disadvantage if Corcoran is divided into separate legislative districts as proposed. The division would disenfranchise Corcoran residents from the political processes of either district by stifling outreach to the limited number of residents in each district. It would also mean that two separate assembly members with potentially competing interests would represent the small community,” Pedersen wrote.

“Such a conflict is unnecessary and would undermine both Corcoran and the County’s interests. More important, separation would create an illogical and unnecessary political divide. Kings County residents in the Tulare district would be legislatively disconnected from the greater portion of Kings County, and they would have a diminished ability to advocate and influence through representation the common interests they hold with other Kings County communities.”

The Kings County Board of Supervisors unanimously approved a letter to Congress opposing the Sensible Taxation Equity Promotion (STEP) Act.

The plan would tax generation assets and implement a retroactive tax that would pass on to inheritors when an asset is sold.

In the letter to House Speaker Nancy Pelosi (D–San Francisco) and Senate Majority Leader Chuck Schumer, Kings County board chair Craig Pedersen detailed the issues that the county has with the STEP Act, saying it would be detrimental to the local economy.

“The STEP Act would put Kings County’s economy at serious risk by threatening the continued viability of many of its family farms and rural businesses. As you may know Kings County is predominantly agricultural based. It is among the nearly 70 percent of America’s 3,069 rural counties that would be severely impacted by the STEP Act’s passage,” Pedersen wrote.

“Of its 1,391 square miles, approximately 90.2 percent is devoted to agricultural uses. In addition, many of the County’s communities are declared disadvantaged by California because they disproportionately suffer from a combination of economic, health, and environmental burdens. These burdens include poverty and high unemployment. The County relies on its local farming operation to provide jobs and sustain its economic base.”

Pedersen also argued that the retroactive tax would likely result in the liquidation of assets from multi-generational family farms to cover the new tax bill.

“This would lead to the closing of local farms and the migration of residents out of the County’s rural community,” Pedersen wrote. “Such impact would further disadvantage the County’s existing communities and would create a ripple effect through King County’s entire population base.”