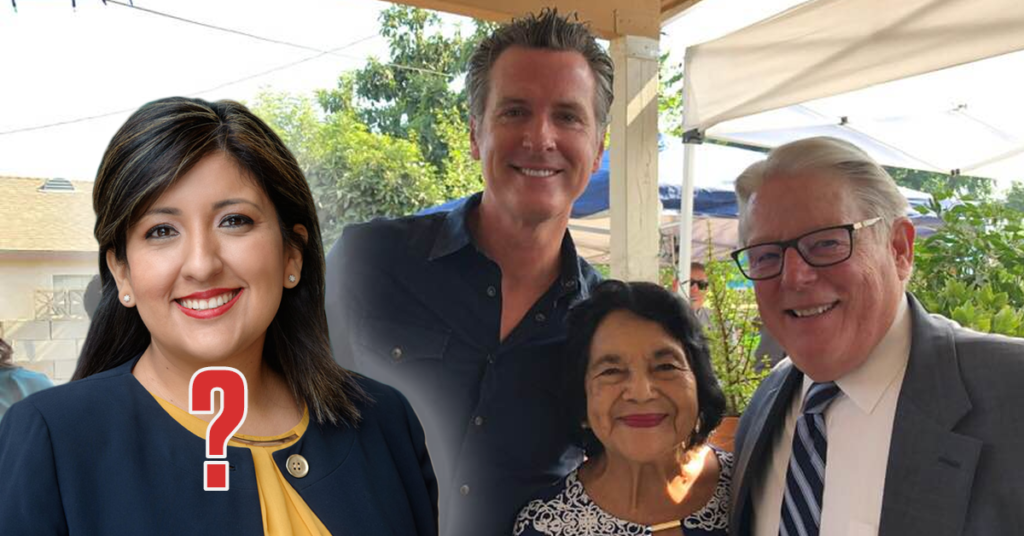 With all eyes and cameras on Gov. Gavin Newsom in the city of Sanger yesterday, it was hard not to notice someone was missing. It was Sanger’s native Senator, Melissa Hurtado.

During the press event to sign Senate Bill 200 at a home in the Tombstone neighborhood just outside of Sanger, Newsom was flanked by bill author Sen. Bill Monning (D-Carmel), Sen. Anna Caballero (D-Salinas), and Asm. Richard Bloom (D-Santa Monica).

But Hurtado’s absence during a watershed moment (pun partially intended) was surprising. She’s been tabbed as a rising star in the Senate Democratic Caucus.

Perhaps importantly, she’s a co-author on the bill Newsom signed.

So I reached out to Hurtado’s communications director, Sherry Yang. She was kind enough to inform me that the freshman Senator was out-of-the-country on vacation this week with family.

Hurtado did put out a statement on Senate Bill 200, praising the occasion: “Today’s signing of SB 200 marks a significant milestone for California. Growing up in the City of Sanger, I, along with my family and friends, encountered firsthand the challenges of limited availability to clean and affordable drinking water.”

Summer vacations have become a cause du jour to some in the local media circuit, as some columnists have summarily excoriated Fresno City Council President Paul Caprioglio for taking a vacation in Montana.

It’s the same vacation he’s taken annually since likely before he was elected to the City Council.

It appears that there’s no opportunity for elected officials to take a break from the breathless “how dare theys,” especially when the mercury rises above 100.

It’s also safe to assume Hurtado won’t miss her opportunity to claim a victory lap when Senate Bill 559 – a bill to fund major improvements on the Friant-Kern Canal – eventually makes its way to Newsom’s desk.