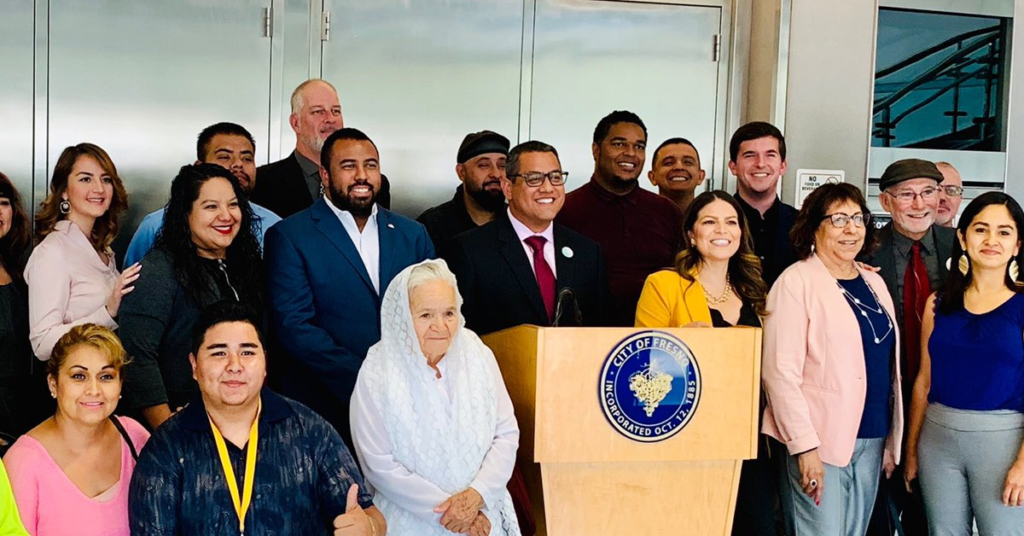 The Fresno City Council in 2020 will have a meeting schedule that doesn’t look all that different than the one in 2019.

But don’t be surprised if next year’s council is dramatically different when it comes to doing something eye-opening with its opportunity to influence the direction of life in Fresno.

That promise comes through loud and clear in the “look ahead” comments of Miguel Arias, the District 3 representative and current council vice president who will succeed Paul Caprioglio next month as council president.

The council last month approved its 2020 meeting schedule. The matter received no debate.

The council was scheduled to vote on the matter on Dec. 5. But the vote was postponed one week at the request of Arias.

Arias on Dec. 12 noted from the dais that the council next year would essentially meet as often as this year’s council. Of course, the council can add or subtract from the schedule as it pleases. Perhaps the thought of that power was what motivated President Caprioglio, before calling for the vote, to encourage the council to find a way to eliminate one of the scheduled meetings in late July.

The 2020 schedule has the council meeting on both July 23 and July 30. Caprioglio is often vacationing in late July in Big Sky country. But important votes wait for no man’s rest and recreation.

The election next month of Arias as council president is a sure thing.

There can be exceptions, as has been the case with Arias. It’s also council policy that a representative must have a year of experience on the dais in his/her current term before becoming president.

The District 3 representative was in line to be president in 2019. But 2019 was Arias’ first year on the council. So, the job went to District 4’s Caprioglio. The rotation will swing back around in 2020 to ensure that Arias and District 3 get their turn on the hot seat.

Council Vice President Arias was kind enough to chat with me about what he expects from the council in 2020.

For starters, Arias said he will ensure that the meetings are well-run and fair to everyone. It’s the council president who sits down with the Administration’s city manager/staff to draft each meeting’s agenda. The council president also uses a combination of tact and firmness when wielding the gavel.

Council members, members of the Administration and the general public on occasion have been known to forget good manners when voicing their support for a particular position.

Arias described for me a council in 2019 that was focused on creating policy.

“I’m looking forward to 2020,” Arias said. “It will be the year for implementing these policies.”

Those policies deal mainly with land-use and quality-of-life issues. For example, Arias said he spent much of his Monday before Christmas meeting with people interested in the fate of run-down residential properties along what has come to be called Motel Drive.

The city’s Code Enforcement Division, now largely a function of the City Attorney’s Office, will be more involved with inspection in 2020.

Arias said he expects some, perhaps many, of the properties along Motel Drive to change ownership. He said this is all part of City Hall’s aggressive effort to ensure safe, high-quality housing for all Fresnans.

Arias said he sees good things coming from the city’s “complete street ordinance.” He said this ordinance requires a full array of curbs, gutters, sidewalks and bicycle lanes when a new street is built or crews go into a neighborhood to upgrade an existing street. Fresno for decades has sought ways to get this basic infrastructure fully built out sooner rather than later.

Electoral politics will also be front and center in 2020.

Mayor Lee Brand has already said he won’t run for re-election next year. And Caprioglio is termed out in January 2021. District 4, which stretches through east-central Fresno, appears to be turning into a swing district. Conservative and progressive forces very much want to win the seat.

“Those two elections will be important to the future of Fresno,” said Arias, who, it’s safe to say, is in the progressive camp.

Arias said one of the hottest political issues facing the council in 2020 will be a ballot box effort to find a larger and more secure stream of funding for public safety and parks. That most likely means a successor to the failed Measure P sales tax initiative.

Arias said he is part of a council committee that is sounding out stakeholders on what a new sales tax initiative might look like.

When it comes to Fresno’s legislative branch in 2020, Arias said, “I think it’s fair to say we will have a very active council.”