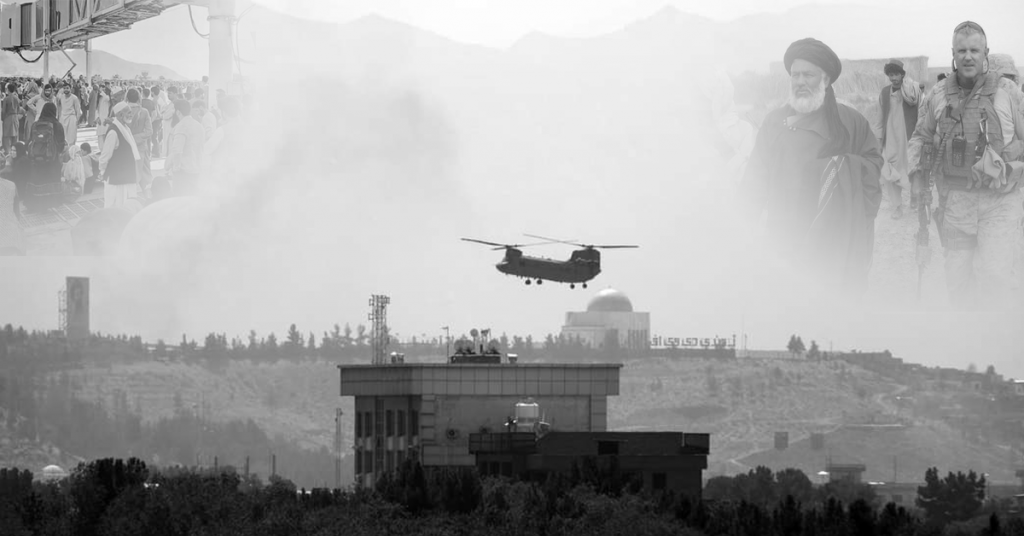 What’s the power of the radio waves nowadays? Pretty powerful.

One Afghan translator who worked alongside a Valley veteran can attest to it as he circumnavigates the globe to safety after being evacuated from Kabul.

These days, Carey and Valadao’s names aren’t often linked together, with Valadao incurring the wrath of the radio host after voting to impeach President Donald Trump in January.

But times of crisis are known to bring stranger bedfellows together.

And so is the case for “John,” the pseudonym of an Afghan translator who served alongside then-U.S. Marine Corps Major, now trustee, Slatic.

As Kabul, and Afghanistan as a whole, once again fell into the hands of the Taliban following the mass withdrawal of U.S. troops, work to bring the Afghan translator to safety, at worst, and the United States, at best, has become a cause celebre locally.

John, a translator who worked with American forces assigned to the Helmand Province, Bagram Air Force Base, and other locations across the mountainous country, worked closely with Slatic during his stint overseas.

As the Taliban returns to power, life for one-time translators for American servicemen and women has become quickly precarious.

Fighters with the Islamist paramilitary group have moved swiftly to kill suspected U.S. cooperators and translators along with their families.

John sought an exit from the hilly Middle Eastern nation long before President Donald Trump agreed to withdraw forces with the Taliban. In 2018, he applied for a special immigrant visa (known by its shorthand “SIV”).

The U.S. Embassy in Kabul initially qualified John for a visa but reversed its support, citing a “lack of faithful and valuable service.”

The embassy reversal on SIV status came due to advisories from Mission Essential, a Pentagon contractor conducting operations in Afghanistan. After working with U.S. military personnel as a translator, John went to work for Mission Essential as an interpreter.

The company didn’t provide housing near its base of operations, Slatic told Carey in an interview. Eventually, the Taliban began targeting busses for bombings.

John eventually submitted notice of his intention to resign, prompting the company to place him on a blacklist of sorts.

As the situation in Afghanistan deteriorated, Slatic got to work on a two-pronged approach: raise awareness and push Federal authorities to get his one-time interpreter out of harm’s way.

““It was amazing to me to see a school board trustee transform into a Marine talking to a man behind enemy lines,” Carey said in retrospect.

Wednesday, speaking in hushed tones while hiding from the Taliban, listeners in the San Joaquin Valley heard direct from John.

“I beg everyone just help me to get out of here please,” John said by phone on PowerTalk 96.7.

“Please, please, please save my life. You guys are my last hope,” he said sobbing on the line. “I don’t want to die.”

“I’d never heard a human plead for their life that wasn’t something like a 9-1-1 call on a TV show,” Carey told The Sun. “It was an unknown experience”

Behind the airwaves, staff for multiple Valley members of Congress – led by Valadao and Nunes – began to bear down on the Biden administration to clear a path for John to exit Afghanistan via Kabul’s Hamid Karzai International Airport.

“Valadao’s people jumped on this like a hungry dog yesterday,” Slatic said Thursday of the Congressional response to the outcry.

Slatic also began to press U.S. Senator Tom Cotton (R–Ark.) – once a U.S. Army captain during Operation Enduring Freedom – and his office for support, too.

Thursday, as the school board member was set to return to the airwaves with Carey, there was a dose of bad news and good news.

The bad news? John was unable to phone-in for another interview.

The good news? He would be incommunicado due to a flight out of Kabul.

Despite being roughly 6 miles away from Karzai International Airport, John and his sister departed their hiding spot a half-hour before sunrise via taxi cab before exiting and walking on-foot to the airport after discovering Taliban-led road blocks, Slatic said in an interview on Thursday.

After climbing over a sizable barrier to Karzai Airport, John managed confer with military officials at a security checkpoint and was able to briefly remain on-base using his once-active U.S. military credentials.

With the equivalent of $20 in his pockets, no shoes, and no prospects of a flight he was informed he would eventually need to leave.

That’s when he was corralled onto a plane to what was an unknown location.

His sister, for the moment, remains in Afghanistan after being unable to scale a wall near the airport to reach the security checkpoint.

Unlike John, the 21-year-old woman did not work as a translator with the U.S. Armed Forces.

Plans are in the works to get her into the airport complex and out of the country, but remain mum to preserve her safety.

Thursday night, after a round of radio interviews, Slatic told The Sun that John’s flight arrived safely in Doha, Qatar.

Where he goes from there remains a mystery.