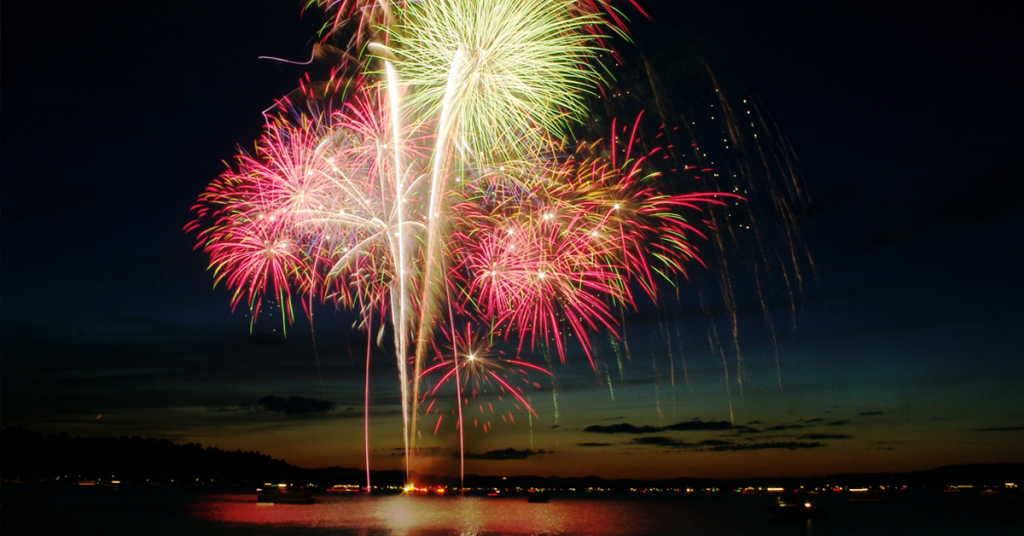 Following a COVID-19-led cancellation, Shaver Lake’s annual Independence Day fireworks show is at risk of being cancelled yet again, despite the fact that California is set to fully reopening its economy on June 15.

Without further guidance from the California Department of Public Health for large outdoor events, the Shaver Lake Visitors Bureau will be forced to axe the show, it announced Wednesday morning.

Shaver Lake owner Southern California Edison will be unable to issue the temporary permit for the event without the post-June 15 guidelines.

While state public health officials are currently working on such guidance, the Visitors Bureau faces a Saturday deadline to sign a contract with the pyrotechnics company tasked with running the fireworks show.

If the contract is signed and Southern California Edison is later not able to issue a permit because of the state guidelines, then the Visitors Bureau would lose the 50 percent deposit that it would be required to pay.

“People in this community rise up, we do a fundraising event and those dollars go to this show,” said Dylan Johnson, Shaver Lake Visitors Bureau Chairman. “To lose a deposit on a show like this would cripple our organization. It would hurt our community, so we need to be able to make that commitment.”

In order to find a solution and expedite the process, state Asm. Jim Patterson (R–Fresno) is calling on Gov. Gavin Newsom and state public health officials to issue the guidelines this week to allow Southern California Edison to issue the permit and allow the fireworks contract to be signed.

“The governor often says he cares about Central California, this Valley,” Patterson said. “The governor says that we’re going to open fully on June 15. He keeps telling us that he can see the light at the end of the tunnel. But the longer he waits, the longer the bureaucracy tells us ‘no’, ‘wait’ or ‘maybe’ to greenlight events like this, the faster that light is going to get extinguished for communities like Shaver Lake trying to resume life as normal.”

Johnson says the event usually draws around 10,000 people. With the lake currently at 65 percent capacity, he said there will be 3,000 acres of beach, campground and water area for people to spread out and gather safely.

“It’s our stance and belief that it is time to come together, set all differences aside and celebrate what we have left,” Johnson said. “We’re stewards of this place, and we ask everyone that comes to this event to do the same. And we think with getting the green light from the CDPH we can bring a joyful event back to this community.”

Patterson said he reached out to the California Department of Public Health on Tuesday and Newsom’s office Wednesday morning but has not heard anything back yet.

“The governor has come to our area repeatedly. He has said he cares about us. He is making decisions now, and his bureaucracies are making decisions with respect to an awful lot of the issues that we face,” Patterson said.

“We’re asking the governor and CDPH to pay attention to a special place at a special time with a history of safety, enjoyment, stewardship, and to do so in a timely manner so that we can put the paperwork together, give people the heads up with respect to the safety and the individuals who need to be volunteers helping to make this event successful.

“The clock is running out. We’re not asking for the impossible. We’re asking for something that could happen in the next three or four days if the bureaucracy and the governor wanted it to, and we’re asking him to hear us and to act.”