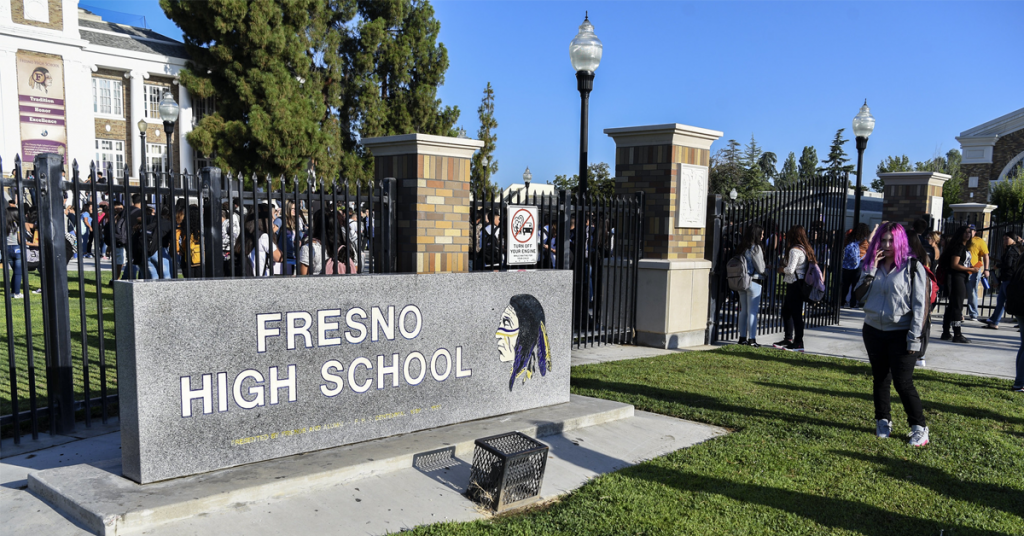 The report said that dollar figure is “preliminary.”

But Bullard Area Trustee Terry Slatic said the reported estimate is significantly lower than estimates he previously heard being discussed in administration offices that put the cost to replace the mascot logo much higher — $1.1 million.

Slatic said on Monday that he is reminded of other “preliminary” estimates, such as Boston’s “Big Dig” project, that wound up costing taxpayers billions of dollars more.

Slatic cast the lone no vote when the School Board voted 6-1 in December to keep the mascot name Warrior but to replace the cartoon image of a Native American man with another logo.

The board’s vote was the culmination of a community campaign to recognize the negative impact that the logo has had on indigenous peoples, including Fresno High students.

At the time, the board also discussed other schools in the district that have Native American-themed mascots and logos.