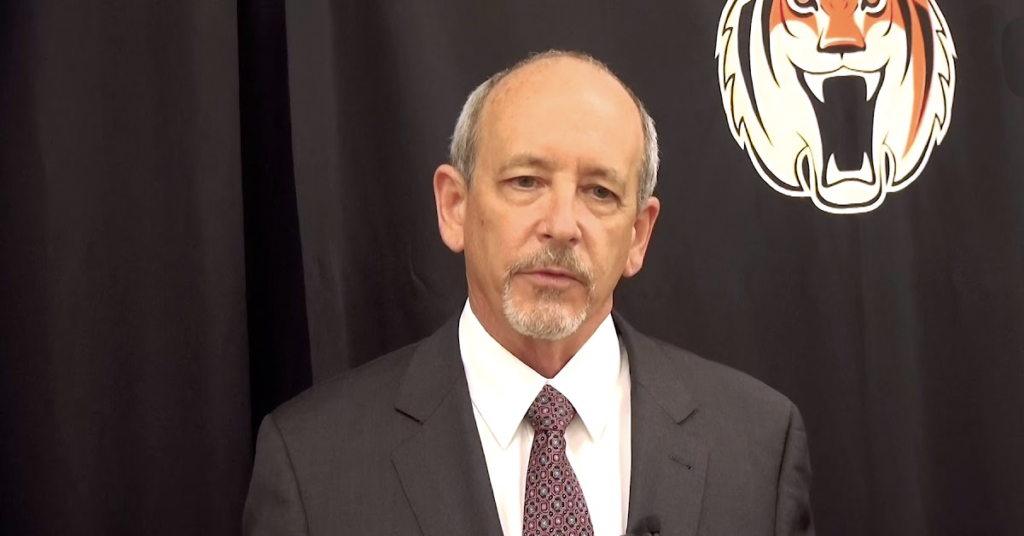 Dr. Jerry Buckley, the new president of Reedley College, never planned to work in education, but a state budget cut turned his life in a completely new direction.

“After my bachelors degree, I had planned on entering the parks service,” Buckley said. “I was going to be a California State Park Ranger. I had my uniform. I had my name badge. I was all ready to go to work at San Onofre State Park as a naturalist, and Jerry Brown, in his first rendition as governor, cut the budget and killed my job and changed my life.”

Buckley was born in Lakeside, California, a rural city in east San Diego County. His father was in real estate, so he moved around a few times and spent his teenage years in Orange County.

He entered into a program with USC that allowed him to jointly finish his senior year of high school and complete his freshman year of college at the same time. He finished at USC with a degree in biology, and after his plans to enter the parks service didn’t work out, he went on to work in healthcare.

Buckley held various jobs in healthcare, including a clinical research position where he worked with the artificial heart. Eventually, he was recruited to work at Grossmont College as a professor of medical instrumentation in the early 1990s.

After spending time in the classroom, Buckley transitioned to administration work and made a stop at Miramar College. In 2012, he joined the Santa Clarita Community College District as an assistant superintendent and vice president of academic affairs.

While in Santa Clarita, Buckley started thinking about looking for a position as a president, and he remembered his rural roots in Lakeside and thought he should start looking in smaller areas.

“It turned out that I had been coming through Clovis for about 25 years going to Shaver Lake with my brother vacationing, so when I saw Reedley had an opening, I said, ‘Hey, there’s a potential fit,” Buckley said.

Since coming to Reedley, he’s met with many farmers, businessmen and educators around the area, including all of the superintendents for the K-12 districts that feed into Reedley College.

Reedley College kicked of the fall semester last week, giving Buckley a chance to make an immediate impact on campus.

One of the first things he did was have staff wear large pins that say “ask me,” helping students identify the faculty and staff for the first week to resolve any questions they might have.

“I can’t count the number of students that my assistant and I have walked physically to their classrooms or to other resources here on campus,” Buckley said. “It’s what you do. You try to orient people to a new environment.”

There are a few major goals Buckley would like to accomplish over his first year on campus, including working to have bus passes for students in order to ease the burden of traveling long distances for classes.

“What I see the greatest opportunity for is doing what I call modernization – taking the existing infrastructure and making sure that it’s up to 21st century standards,” Buckley said.

Two projects are already underway that will take a few years: a new science complex and a performing arts center.

Away from major goals and back-to-school hustle and bustle, Buckley has been an avid hiker. In the past he’s hiked through Yosemite, the Grand Canyon and Mt. Whitney.

Albeit his hobby comes with a twist: he looks to cover as much land in a single day.

“All in one day, that’s the theme,” Buckley said. “How much can you cover in one day? I picked up my hiking guide for Sequoia and Kings Canyon and hope to learn a lot more of the local trails that I can take advantage of on weekends.”