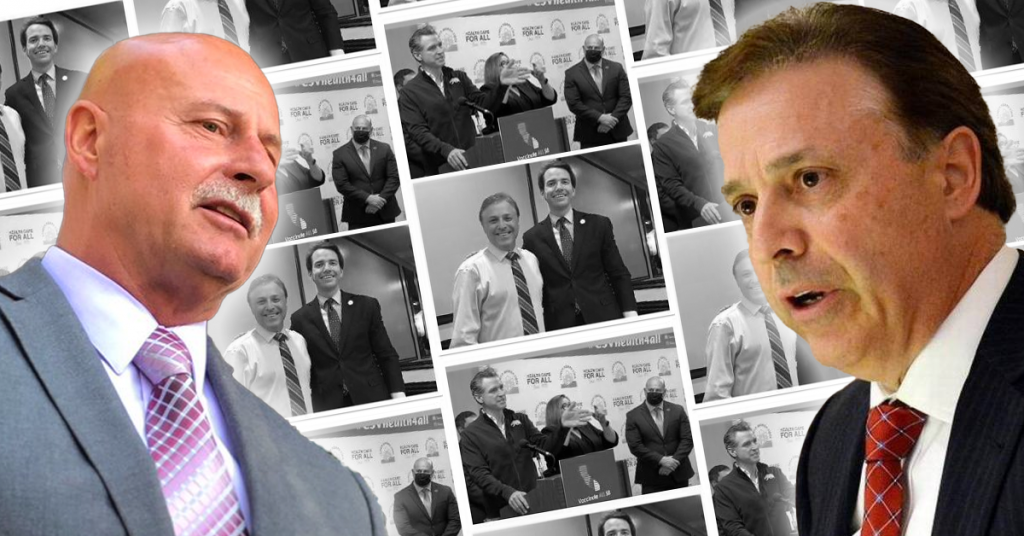 Sparks are flying once again between two high-ranking Fresno Republicans.

On the other hand, Bredefeld joined recall candidate Kevin Kiley, a Republican assemblyman from Rocklin, at the Fresno County and City Republican Women’s luncheon to talk about the recall.

Here is what Bredefeld had to say about the differing approaches with him and Dyer on Tuesday:

“Today I joined 200 people at the Fresno Republican Women’s luncheon welcoming Assemblyman Kevin Kiley who led the recall effort against Governor Newsom. He highlighted Newsom’s corruption, hypocrisy and radical policies that have destroyed businesses, livelihoods, and kept children out of school for 15 months.

“Mayor Dyer instead welcomed Newsom today and expressed his support for AB133 that funds healthcare for illegals while many Americans struggle to pay for their healthcare. Newsom has released 90,000 inmates, supports open borders and created CA as a sanctuary state. In his current City budget, Dyer supported $300,000 for a defense fund for people here illegally.

“Newsom should be recalled and his misuse of taxpayer money and destructive policies must end. So should Mayor Dyer’s support of them.”