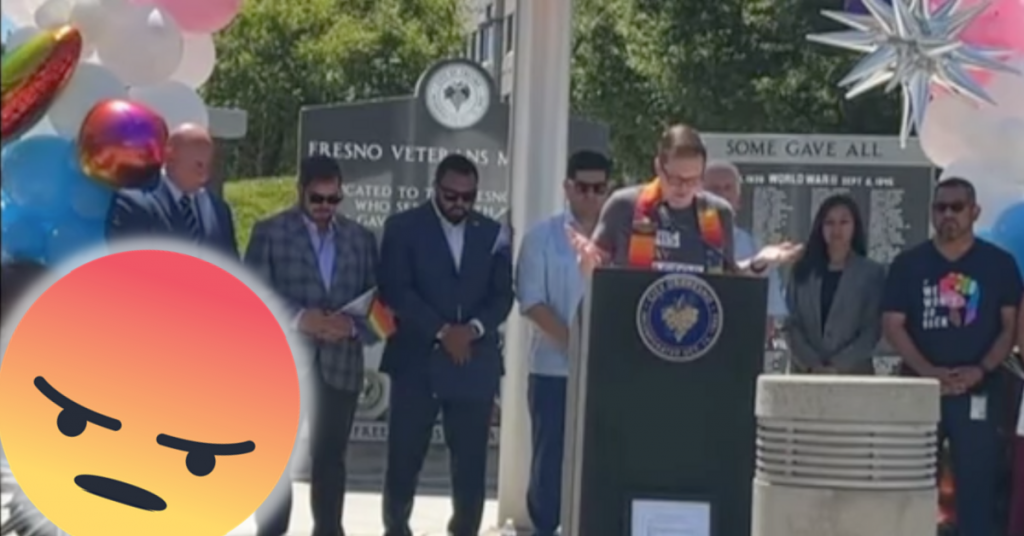 One year after the City of Fresno navigated a tumultuous public debate over displaying the Pride Flag, hopes that the city’s first annual celebration of its LGBTQ community would be a lower-drama affair didn’t quite come to fruition.

The source of controversy? A prayer to invoke a Friday ceremony at Fresno City Hall.

“Holy God, divine presence, scandalous one. You have been called the worst of names, tossed aside by traditions, met with violence by stranger and kin alike. And still you do not conform to the expectations of power or polite your way into halls of destruction. You, God, are the ultimate transgressor, queerer of norms that harm and confine, and bear witness to the glory of the strange.

You, Queer one – Queering one – reveal the gifts of falling outside the lines. You break open possibilities around us and within us and whisper in our ear ‘See me, feel me, desire me.’

You help us to become alive again, calling us to passion through beauty, motivating through love, calling us to courage at our center. May your spirit be awakened in every space that is dull with repressed delight. That we may choose to live into the riches of the particularities of being together.

Embrace us, oh God, as we embrace each other and every single other. God be in our celebration, in our spirit of Pride as we revere the best, the holy, all that you have created. In your holy name we pray, amen.”

Fresno City Councilman Garry Bredefeld posted a video of the invocation on Facebook referring to the prayer as a “shocking, disgraceful attack on traditional Christianity.”

Commenters directed particularly pointed comments at Fresno Mayor Jerry Dyer, an avowed evangelical born-again Christian, for his presence at the event and handshake following the invocation.

Dyer was at the center of the tumult related to the Pride flag in 2021, first blocking a flag-raising event at City Hall before changing his mind, endorsing, and raising the flag himself.

Fresno officials, akin to other leaders in municipalities across the United States, have struggled to balance First Amendment considerations when it comes to flying ceremonial flags at municipal halls.

The issue came to a head last month when the U.S. Supreme Court sided with a Boston man who petitioned his city to fly the Christian flag at city hall.

The case, Shurtleff v. Boston, established that the City of Boston government’s denial of the flag request constituted government speech rather than a private expression against the man’s religious viewpoint.