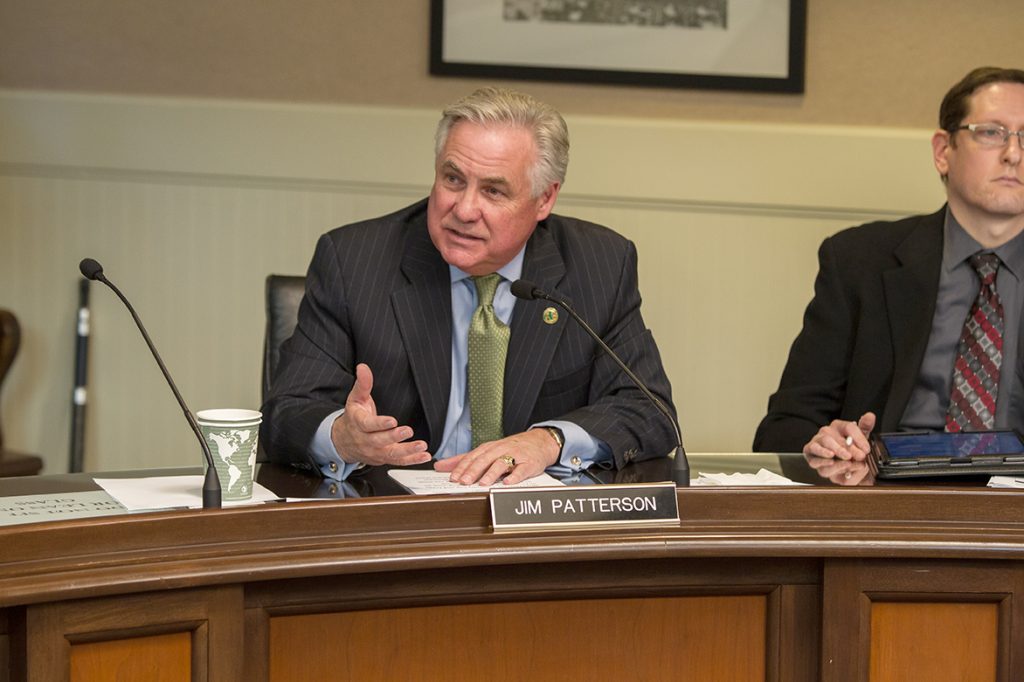 Patterson held a press conference Thursday alongside former employees of Made For Them, the nonprofit in question, and a human trafficking victim who shared how the organization used her.

“Sadly this organization has hurt and manipulated the very people they say they care about, and now I think that Made For Them has to step up,” Patterson said. “They’ve got to be honest and open with the investigations that are ongoing and with our community.”

Former Associate Director Ashleigh Rocker Greene, who worked for Made For Them from October 2021 into August – including a short stint as the organization’s executive director – acted as a whistleblower and filed complaints with the State Attorney General’s Office and the Fresno Police Department.

Rocker Greene first reported the suspected criminal activity by the organization’s leadership to Made For Them founder Andrea Shabaglian and the board.

She was fired six weeks later and did not receive any communication regarding her requested internal investigations or audits.

“Personally, and professionally, I am not interested in publicly shaming anyone in this community. For me, the more appropriate conversation to be had is the ethical and moral expectations of 501(c)3 charities, their founders, key leaders, and board members to uphold all applicable California regulations and willingly demonstrate accountability to industry best practices, in every field of service, regardless of the size of their annual revenue,” Rocker Greene said.

“In addition to these financial concerns, there are many other valid issues raised by survivors, staff, volunteers, donors and community leaders. I am deeply aggrieved that over the past 10 years, the leadership of this 501(c)3 public charity has refused to acknowledge, mitigate, address or reconcile these concerns. Many people are collectively grieving in our community. I acknowledge and stand with them in that grief. This has not been said enough. I too would like to see healing, reconciliation and justice for those who have been harmed.’

One of the central issues surrounding Made For Them is the Franchise Tax Board revoking the organization’s nonprofit status from March 2020 to April 2022.

According to the complaint filed with the Attorney General’s Office, Made For Them raised $563,894.37 despite no longer retaining nonprofit status.

“They should not have been raising money or even operating, and that’s according to state law. And this information, frankly, was kept secret from donors, and they continued to ask people to donate to them while they knew that their nonprofit status was suspended,” Patterson said. “This organization unfortunately has manipulated and taken advantage of the most vulnerable among us, and I think it’s time that they be held accountable.”

Earlier this week, Made For Them shut down some of its operations, namely pausing services of the CORE Academy – the 18-month workforce reentry program.

Patterson called on the organization to completely shutter until all investigations are completed and for the removal of Shabaglian as chair of the board.

“I think it is important that Made For Them, instead of making excuses and sending out self-serving statements, really has got a responsibility to be clear, open and honest with these investigations,” Patterson said.

Pauls-Garcia said she was asked to speak at a fundraiser about her human trafficking experiences and never received the support that had been promised.

“I was at an event, a fundraiser where I was asked to share my story last minute. I was supplied with alcohol. ‘Hey friend, I’m sorry. The designated speaker cannot be here. Will you get up and share your story?’ And I got up in front of 400 people and shared the deepest parts of the trauma that I had experienced without yet receiving any help or mental services that was first promised to me when I went to Made For Them,” Pauls-Garcia said.

“And then that just fell into a long line of my story being reused over and over again for profit gains of the organization while not receiving any proper support. At one point I was homeless and pregnant. At one point I experienced a domestic violence situation. So there are quite a few grievances that happened to me directly all while sharing my story and Made For Them benefiting from my story but not helping me.”

Pauls-Garcia added that when therapy services were finally provided, it was from students who needed hours for their master’s degrees.

Jones said Made For Them would routinely receive donations – such as clothing, food and hygiene items – from other local nonprofits, but would not give them to survivors that the organization was working with.

“It comes down to the pimp and the survivor mindset. A lot of organizations, they hate to use that analogy, but in reality that is what it becomes,” Jones said. “It becomes trauma bond, which would be typically fine until you have individuals like Andrea Shabaglian who take those trauma bonds and exploit them for what is beneficial to them. When you have survivors using their personal God-given gifts to uplift and support your business without compensating them, that’s exploitation.”