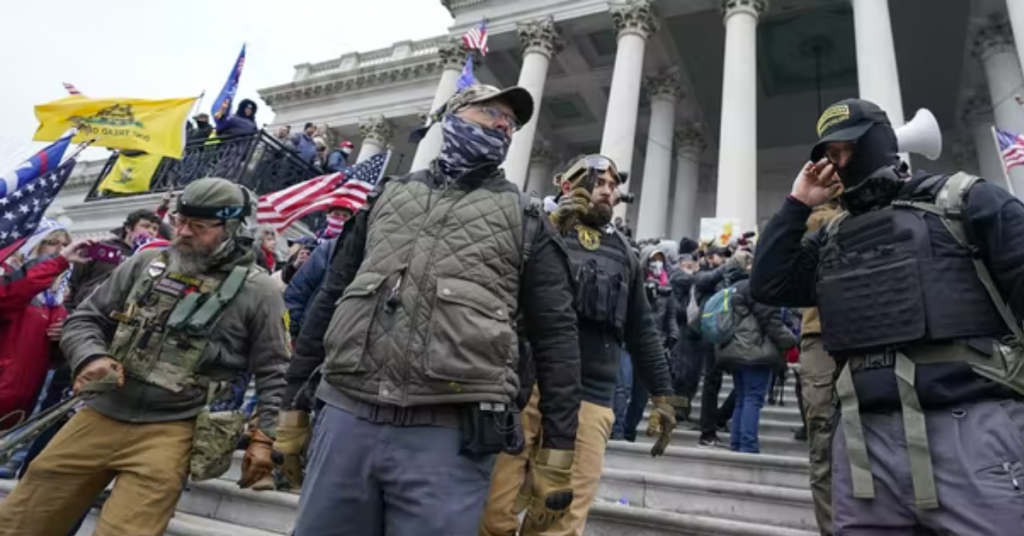 A man from Oakhurst was sentenced to two years in prison for his participation in the Jan. 6, capitol breach.

According to the Department of Justice, Ricky Willden, 41, enter the Capitol grounds that day and assaulted an officer by spraying him with some sort of pepper spray then throwing that canister at the officer.

Court documents say Willden was inside the capitol building for about 18 minutes. Later he posted on social media saying, “I think they got the message from everyone of all ages.”

He was arrested back in Jun. 2021 in Oakhurst and pleaded guilty in Apr. 2022 to several charges stemming from that day.

Willden was sentenced in Washington, D.C. on Friday. Following his prison time, he will be placed on supervised release for three years and must pay a fee of $2,000 in restitution.

The Oakhurst resident, a purported member of the Proud Boys, entered a guilty plea with the U.S. District Court for the District of Columbia in April.