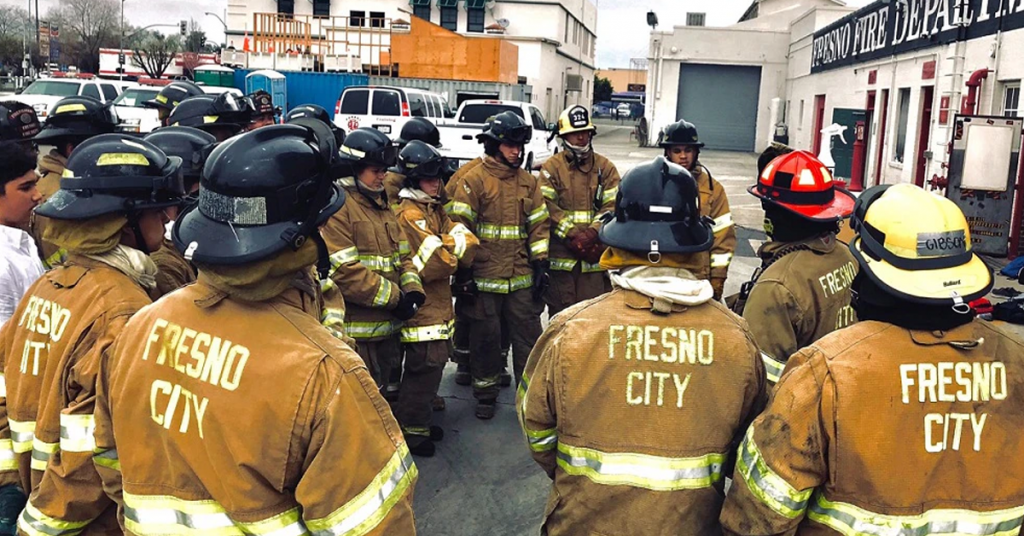 A fight over hiring more firefighters for the City of Fresno has become inflamed merely two days after an initial budget blow-up.

Monday, the Fresno City Council unleashed a torrent of criticism at the top two officials in the Brand administration – Fresno City Manager Wilma Quan and Brand’s Chief of Staff Tim Orman – for ignoring a push to apply for a FEMA SAFER Grant in the hopes of hiring on nine additional firefighters.

The City Council cast a 6-1 vote in March to push for the grant funding to hire the firefighters along with increase fire inspection fees. Fresno City Councilman Paul Caprioglio was the lone dissenting vote at the time.

During Monday’s budget hearing, Quan cited three reasons for ignoring the request to apply for grant funding: cost to Fresno taxpayers, uncertainty amid the coronavirus outbreak, and worry that declining grant funding would harm Fresno’s relationship with the Federal government.

Quan tabbed the city’s cost of the additional firefighters at $6.6 million over five years.

A portion of that $6.6 million is attributed to matching funds required to receive the three-year grant from FEMA.

Fresno City Council members, however, contend that that the figure fails to account for changes that occurred during the outbreak.

A bulletin released by the U.S. Department of Homeland Security (which oversees FEMA) announced that – given the financial uncertainty of the coronavirus outbreak – it would waive the requirement for cities to provide matching funds in order to receive a SAFER Grant.

Such matching funds serve as a considerable portion of the initial costs paid out in city budgets.

The memo also extended the deadline for cities to apply for SAFER Grants by two weeks in late May.

FEMA spokeswoman Alex Bruner said that the local cost-sharing provisions would be waived for all three years of the grant’s operation.

“This is probably one of the biggest mistakes – one of the most short-sighted mistakes – in intentionally declining to apply for Federal resources,” said Fresno City Council President Miguel Arias.

Mark Standriff, chief spokesman for Mayor Lee Brand, estimated that – regardless of FEMA’s waiver of matching funds requirements – the City of Fresno would still face a $5 million in personnel costs over the five year span.

“The City’s going to be short $88 million over the next three years because of COVID-19,” Standriff said. “So the question remains: can we effectively pay for those firefighters?”

Arias, in conversation with The Sun, cast doubt on the new estimated cost, pointing to the likelihood of increasing revenues to handle the eventual during that span.

“The fact is, this whole public safety apparatus is built on federal and state grants that the city takes over as revenues increase,” he said.

“But if [the administration’s] argument is just the five-year projection – it’s problematic. We’d never do anything. We’d never upgrade a police car, or pay for a computer upgrade on the police department’s helicopter.”

Arias added that, had Fresno been awarded the grant funding for firefighters, it had two options available: decline the funding, or apply Federal CARES Act funds to retain the new hires when grant funding was exhausted.

He also criticized the Brand administration for penalizing the Fire Department while it sought to comply with a self-initiated safety report following a 2015 disaster in central Fresno.

“Fire, in my view, has taken a tragedy and fully opened up their books and operations, brought in their peers, went through all the skeletons in their closet, and systematically overhauled operations to meet the recommendations,” Arias said.

All, but one: hiring a full-time safety officer, which was to be acquired with SAFER funds.

“The Council had a moral obligation to provide financial resources to help them meet the recommendations,” he said of the council-mayor dynamic on the issue. “It was a failure in their fiduciary duty to secure Federal resources. They engaged in a premeditated undermining of the Council’s charter authority.”

Frustration remains among Council members that no alternatives were provided to increase staffing at the Fresno Fire Department.

Hence, Fresno City Councilman Garry Bredefeld moved to cut the Brand administration budget by 22 percent – or $1 million – and reallocate the funds to the Fire Department.

The Brand administration, however, is taking the larger view in light of budget deficits.

“If you say more firefighters, what are we taking away from another department?” Standriff mused. “That’s the awful arithmetic.”