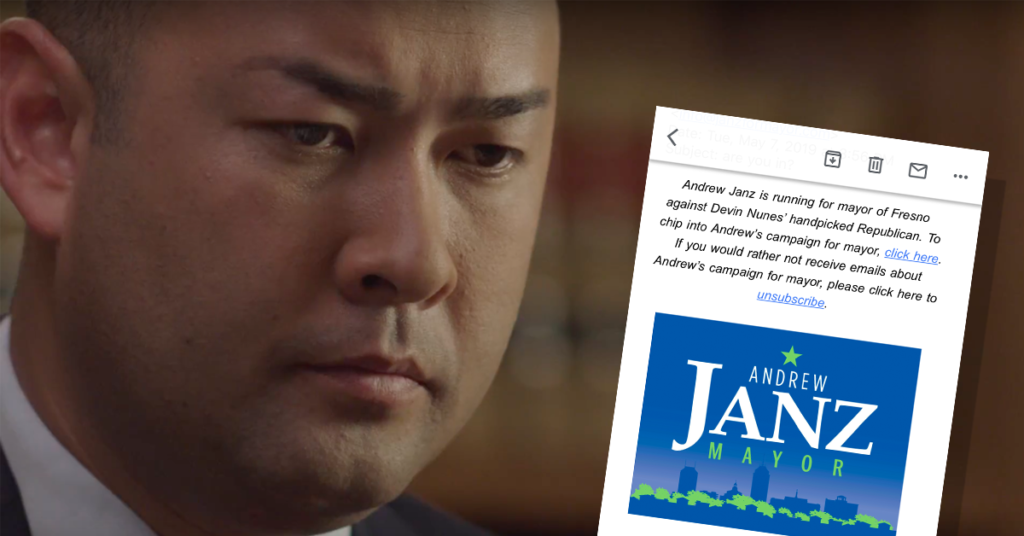 Fresno County prosecutor Andrew Janz may have decided the fight against Rep. Devin Nunes (R-Tulare) wasn’t winnable in 2020, but it certainly didn’t mean it wouldn’t be profitable.

Janz, who decided to forego a second bid against Nunes and instead announced last week a challenge to Fresno Mayor Lee Brand, sent out his first major fundraising appeal to supporters on Tuesday.

Supporters would be easily forgiven for picturing Janz running against Nunes instead of Brand, because only Nunes’ name appears in the email.

Brand, though unnamed in the email, is referred to as “a longtime Devin Nunes crony,” among other Nunes-tied monickers.

Is this an indicator of how @JanzAndrew would lead Fresno? Partisan rhetoric, 1 sentence about a “plan” and name-calling. Mayors are nonpartisan and should work with state and federal officials to advance city’s interests. Janz is still obsessed with Nunes, not focused on Fresno. pic.twitter.com/b3jXkBIFSV

Representatives for Brand declined to comment for this story.