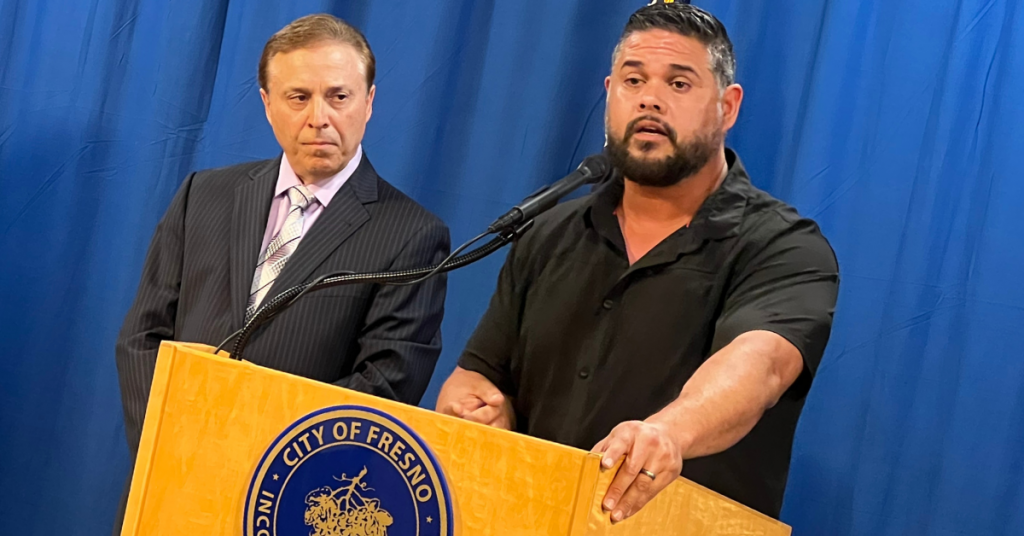 Two days ahead of the Fresno City Council’s scheduled vote to purchase the Tower Theatre, Councilman Garry Bredefeld denounced his colleagues for pushing the deal.

“Let me be very clear: Government has absolutely no business interfering in the deal between private parties as is being done here,” Bredefeld said.

On Monday, Councilmembers Esmeralda Soria and Miguel Arias placed an resolution on Thursday’s agenda that would see the city purchase the Tower Theatre for $6.5 million.

As part of the deal, Sequoia Brewing – currently a tenant of theater ownership – would finance its building for $1.2 million from the city.

Tower Theatre owner Laurence Abbate would stay on for one year to continue managing the theater. The city would pay him $8,000 per month to do so.

If the deal is approved by the council, the city would also indemnify and defend Tower Theatre Entities and Sequoia Brewing from any potential litigation, which Flores and Adventure Church lawyer David Emerzian said will be forthcoming.

“I will tell you this: Yes, it is going to cost you more than $6.5 million, because we are coming after it. We know that we have a strong case here,” Flores said. “We know we’re in the right. We know what we’ve done. And here’s my question to the Fresnans: Is this what you want? Is this what you signed up for, to just knowingly go into a lawsuit?”

Bredefeld blamed Soria and Arias for crafting the deal, as well as Council President Nelson Esparza and Council member Tyler Maxwell – who he collectively branded as the Gang of Four – for presumably voting to approve it come Thursday.

“It is time to speak up, and I can assure you that after Thursday when the corrupt Gang of Four approve this, there is going to be more lawsuits, and every one of us as taxpayers are going to be on the hook for it. And those players are indemnified. They’re protected,” Bredefeld said.

“That’s because we have two idiots – Soria and Arias – who cut any deal. They’re a bunch of idiots that do this to the taxpayers. They betray the taxpayer.”

In addition to his colleagues on the dais, Bredefeld said that while he supports Mayor Jerry Dyer, the first-term mayor bears responsibility for how this deal came together for Thursday and wishes he had spoken out one way or the other.

“The mayor has the biggest podium in the Valley, and I’ve told him this. I don’t think it’s enough to just say it’s the council’s decision and we’ll live with whatever they do. I think it’s up to the mayor to stand up if he disagrees with this to say so, and if he agrees with it to say so,” Bredefeld said.

“And when you do neither, I don’t think you’re serving the citizens of this community very well.”

Bredefeld said he was told that the deal came about after mediation between the city, Abbate, Sequoia Brewing and Adventure Church.

Flores confirmed that he participated in the mediation but could not discuss the details of it because he signed a non-disclosure agreement.