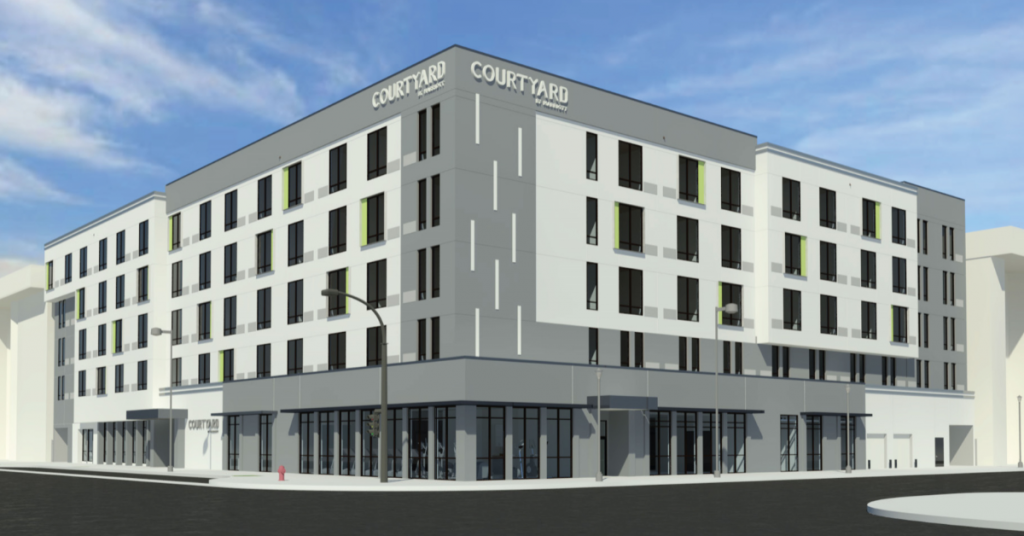 The proposed Courtyard Marriott in downtown Fresno secured its construction funding on Monday, bringing the project one step closer to breaking ground.

The 95,000 square-foot, five-story hotel will be located on the vacant lot next to the exhibit hall at the Fresno Convention Center complex at the northeast corner of Inyo and M St.

It’s the final step in completing the new convention center complex after 22 years.

“The 144-key hotel is a long-awaited project for the City of Fresno,” said MMCC vice president Marc Cesarec in a statement.

“Located in downtown Fresno, the new Courtyard by Marriott hotel will feature meeting spaces, a swimming pool, fitness center and lounge bistro, and will be in close proximity to the Fresno convention and Entertainment Center, making it an essential component to the area’s growth.”

Earlier this year, the Fresno City Council approved an agreement with Metro Hospitality Services for the Courtyard Marriott Hotel to be built downtown.

The hotel is expected to be completed by December 2024.

The council also approved a parking agreement with the developer, granting Courtyard Marriott 200 parking spaces in existing downtown garages for a five-year term.

Editor’s note: A previous version of this story reported the incorrect number of parking spaces.