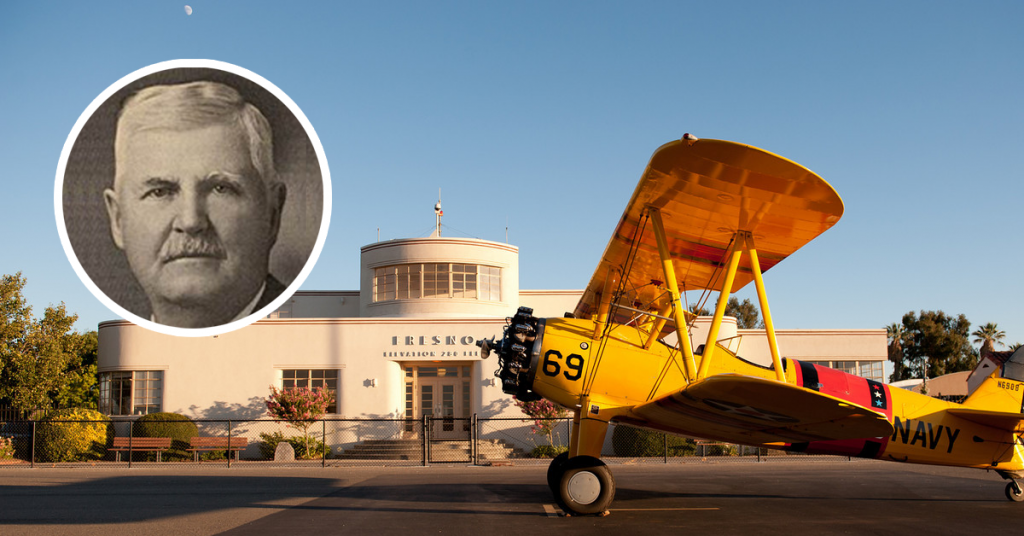 The Fresno Historic Preservation Commission, freshly tasked with reviewing the names of would-be controversial figures of Fresno’s history, is set to weigh two particular sizable figures in the city’s distant past.

One is State Sen. Wilbert F. Chandler, whose donation of 100-acres of land in southwest Fresno paved the way for the city’s first airport – known as Chandler Field or Fresno Chandler Executive Airport.

The source of contention for Chandler? A vote – while a state Assemblyman – against State Constitutional Amendment 8 in the California State Senate.

In a memo from the subcommittee of Fresno’s Historic Preservation Committee, they found that Chandler was one of 12 state Assemblymen and five Senators who voted against the amendment.

Stuart Chandler, Chandler’s great-grandson, told the panel that there was a specific provision in Proposition 4 that may explain why his ancestor voted against suffrage: the amendment contained racial and other restrictions on the right to vote:

“…no native of China, no idiot, no insane person, no person convicted of any infamous crime, no person hereafter convicted of the embezzlement or misappropriation of public money, and no person who shall not be able to read the constitution in the English language and write his or her name, shall ever exercise the privileges of an elector in this state; provided, that the provisions of this amendment relative to an educational qualification shall not apply to any person prevented by a physical disability from complying with its requisitions, nor to any person who now has the right to vote, nor to any person who shall be sixty years of age land upwards at the time this amendment shall take effect…”

The younger Chandler also informed the committee that in 1912, his great grandfather ran under the Progressive banner in his electoral campaign, joining a burgeoning political movement in the early aughts of the 20th century.

In reviewing the context of his vote and views at the time, the subcommittee recommended that the Historic Preservation Commission withdraw Chandler from further review for his vote on placing Proposition 4 on the 1911 ballot.

The man for whom the historic Meux Home, located at the corner of Tulare Street and R Street, has a different set of circumstances.

Dr. Thomas Richard Meux, a leading physician in Fresno in the late 1800s, became subject of the Commission’s review due to his enlistment in the Confederate Army.

Meux, a Tennessee native, enlisted as a private in the Ninth Tennessee Volunteer Regiment in 1861.

Twenty-eight years later, he would open his medical practice in the city of Fresno. He would also serve as president of Fresno County’s Medical Society and as a member of the Fresno County Democratic Club.

Supplemental research into Meux found that he was captured by Union forces in 1862 and was prisoner of war.

With no living descendants providing additional information, and only supplemental records related to the 1901 sale of property to First Armenian Presbyterian Church for the four-year-old church to construct its buildings.

Members of the subcommittee recommended that the Historic Preservation Commission keep Meux under review as part of its new charge.

The names came under review after the Fresno City Council authorized a city ordinance last year requiring a review of historic names and tributes throughout the city for individuals with perceived racist or bigoted pasts.

Thanks to the 2020 ordinance, the Historic Preservation Commission is tasked with reviewing all city assets – such as parks, museums, and other property – named after individuals.