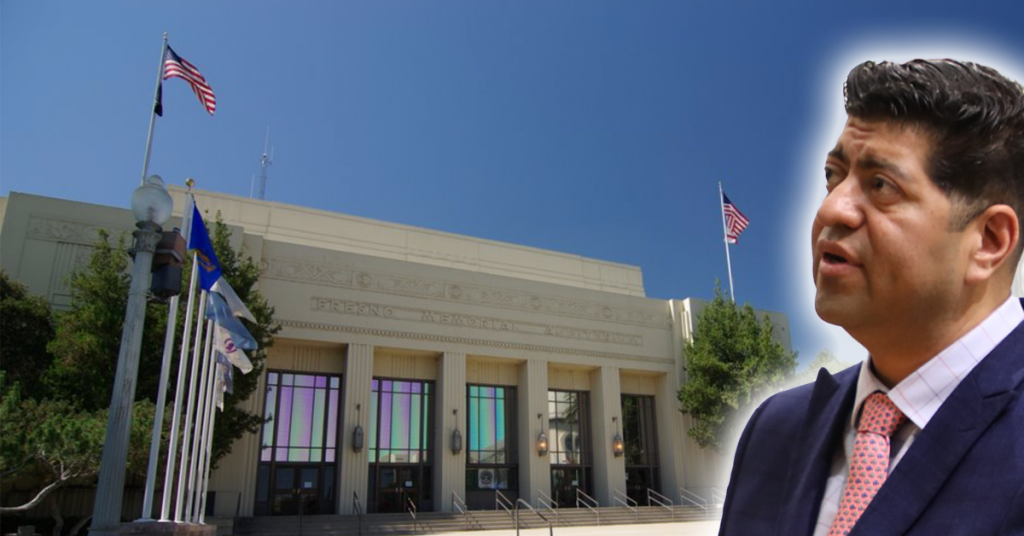 Fresno’s underused, dilapidated Veterans Memorial Auditorium may finally see new life if a proposal being weighed by lawmakers gets in front of voters.

Thursday, Fresno’s City Council will debate a resolution recommending the formation of a new veterans memorial district for the city.

Currently there are two veterans memorial districts in the county: One in Clovis and the other in Riverdale, both of which were formed in 1946 following the conclusion of World War II.

Notably, the Clovis Veterans Memorial District governs much of northeast Fresno in its district, meaning the rest of the city would be available for a new district.

If the council passes the resolution, which is subject to a veto from Mayor Jerry Dyer, the city would petition the Local Agency Formation Commission (LAFCo) – the governing body that oversees the formation of memorial districts – for annexation approval.

If approved by LAFCo, the city would then seek to implement a special tax, that voters would have to approve, to fund the district.

Veterans memorial districts actively support local veterans and their families with a variety of services and programs, as well as promoting the legacy and remembrance of veterans who died in the line of duty.

Fresno City Council President Luis Chavez, the lead proponent of the measure, told The Sun that a prospective veterans memorial district would could benefit not only the downtown-centric Veterans Memorial Auditorium, built in 1936, but also fund a bevy of programs and other community amenities to benefit the city’s veterans.