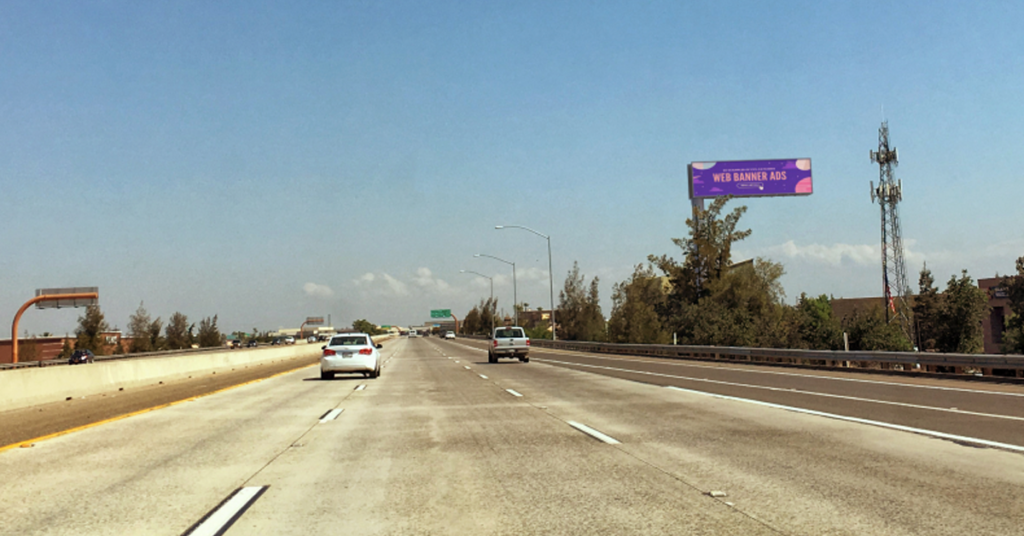 Fresno for years has tried to fatten the city treasury from advertisers eager to pay for use of strategically located, but lightly used, public property.

The Planning Commission on Wednesday will debate whether concerns about alleged blight trump a possible big payday.

At issue is a billboard proposed for a piece of city-owned land on Howard Street in North Fresno. The property is next to Highway 41, west of Kaiser Permanente Hospital. The hospital is on Fresno Street between Herndon and Alluvial avenues.

Outfront Media wants to erect a digital LED billboard on the site. The part of the billboard that would display the advertising would be 14 feet high and 48 feet wide. The overall billboard, including pole, would be 86-feet high. Municipal code says the height limit for such a sign at this spot is 60 feet.

Outfront Media has asked City Hall to approve a “variance” to the height restriction – in other words, an exception to the rules. The planning and development department is fine with Outfront Media building a 60-foot sign, but says no to the variance. Outfront Media is appealing to the Commissioners.

What makes the debate especially interesting is the potential amount of money involved. If I read the documents posted on the City Clerk’s website correctly, the company would pay City Hall nearly $3.5 million in rent over the first 25 years of the deal ($130,000 annually in the beginning, rising to nearly $150,000 annually at the end of the period). The deal also contains a revenue-sharing provision. According to the company (assuming, again, that I’m reading correctly the posted documents), the city’s estimated share of advertising revenue over 25 years from a 60-foot sign would total about $95,000. The city’s share over 25 years from an 86-foot sign would total nearly $3.1 million.

Of course, revenue estimates are not a sure thing. And once a big billboard is in place, well, taking it down can be easier said than down. Still, Outfront Media’s appeal brings to mind the optimistic talk of city officials in years past about the potential revenue-generating power of lightly used city property.

For example, Outdoor Media says nearby trees could obstruct the view of a 60-foot sign. The city says the tops of the trees would obstruct less than 1% of the billboard’s message. The trees are on Caltrans property; there are procedures to get Caltrans to trim them.

Outdoor Media says there’s a telecommunications tower on the site. The city says the tower obstructs a tiny portion of the billboard’s message.

As to money, the staff report says: “The applicant presents several arguments that they do not operate profitable billboards with similar obstructions, and that the denial of the Variance would reduce revenue by fifty percent; however they presented a pro forma that states that despite the obstructions, the applicant stands to gain almost $5.7 million, after expenses, over the course of 25 years.”

I found the first part of that long sentence to suggest that Outdoor Media, should it fail to get its way, might not build any sign at all. There would go the annual rent (a sure revenue stream) in addition to revenue sharing (an uncertain but perhaps substantial revenue stream). Maybe the two sides are playing a game of diplomatic chicken.

The staff report’s fundamental judgment is this: “… it is staff’s conclusion that if the City were to grant the Variance, there would be adverse impacts to the immediate area in the form of general blight resulting from the excessive height of the billboard structure. Should the Variance be granted, future similar projects in the area would reasonably and consequently expect similar concessions.

“The City appreciates the applicants’ concern for revenue generation, and shares its desire to remain a viable partner. Unfortunately, the requested Variance carries too many negative impacts to warrant its recommendation.”

The Council District 6 Project Review Committee recommended approval of the Variance on a 4-0 vote.

District 6 Council Member Garry Bredefeld told me by phone on Monday that he supports business, yet has concerns about the 86-foot sign.

“I suspect a lot of people are going to very concerned about a sign that is nearly 90 feet tall,” Bredefeld said.