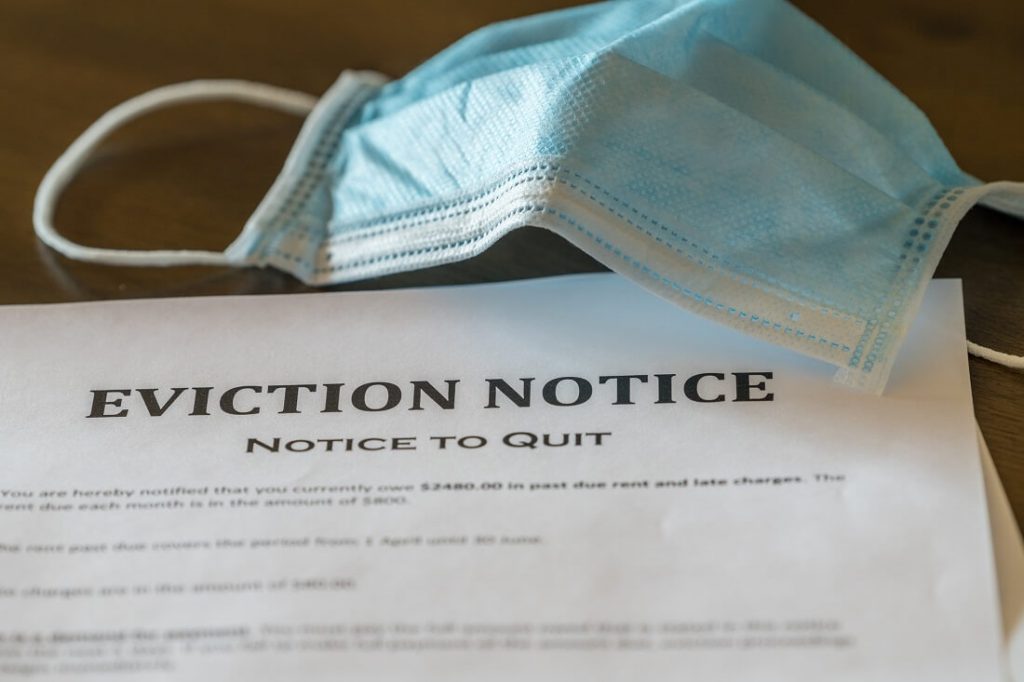 Staring down the summertime end of California’s coronavirus eviction moratorium, Fresno City Council members made their stances known about how best to handle what could serve as a wave of evictions during Thursday’s meeting.

At the center of Thursday’s discussion were two competing proposals.

One one hand, Council President Luis Chavez is leading the charge on an eviction mediation program to get ahead of the legal process and help prevent unlawful evictions before they appear in front of a judge.

On the other hand, social justice advocates are pushing for Fresno to adopt the Right to Counsel program, in which taxpayers would pay for attorneys to represent tenants in their eviction cases.

The Council heard a large number of community members speak out against Chavez’s proposal.

They argued that the mediation program – in which the city would mediation between tenants and landlords to determine the legality of an eviction – does not go far enough.

Instead, many people said that they would like to see the Right to Counsel program, which is already up and running in various cities across the nation, including Los Angeles and San Francisco.

Chavez pushed his proposal during Thursday’s discussion and raised a couple issues with Right to Counsel.

“By their own research – and this is San Francisco’s own data – their success rate for their Right to Counsel program varies anywhere from 38 percent to 67 percent. So you average that out, that means that half of the folks that participate in that program are going to ultimately end up getting evicted and unfortunately not having their home,” Chavez said.

“So for $1 million that’s being requested, we know that about half of it is not going to yield the results that we want – where ultimately those folks will be homeless.”

Chavez also argued that the program would not be sustainable.

“I’m not looking for a band-aid approach,” Chavez said. “I want to do something that is integrated into our institutional policy and that actually can pay for itself as we go forward, because I think there’s going to be a big challenge coming up after June 30 with regards to what these evictions could look like.”

Despite his push, Chavez did not find much support from the four other Democrats on the Council.

While the group sounded open to the proposal for the most part, they all voiced concerns about needing to take further action.

Councilman Miguel Arias said the city needs to take immediate action for the upcoming crisis and can use some of the COVID-19 stimulus money coming to the city from President Joe Biden’s recent relief package.

“From my perspective, we can’t allow the pursuit of perfection to get into the way of us making progress on this complicated legal matter, and I’m confident and more importantly ready to get in the room,” Arias said. “And I believe that the environment’s right for us to collaborate with community based organizations, with legal experts, and find a solution that may not be perfect at the moment, but at least it provides some level of comprehensive relief.”

Councilwoman Esmeralda Soria echoed Arias’ call to use the Federal relief funds for a program like Right to Counsel.

“If we didn’t have any resources available to us, I would see how we would be a little bit more hesitant, but we do have some resources that luckily we were able to get from the federal government to be proactive rather than reactive,” Soria said.

Meanwhile, two of the Councils more conservative members – Mike Karbassi and Garry Bredefeld – were split in their support.

Karbassi sounded more open to Chavez’s proposal as a way to help tenants navigate through the legal system, but he did not offer up any support for Right to Counsel.

“One thing I’ve learned: Silver bullets rarely work,” Karbassi said. “I know they may be great for the cameras, but in reality they just lead to disappointment and broken promises by government.”

While Bredefeld agreed that Chavez’s proposal was well-intentioned, he pointed out that the city already has a mediation program through the Better Business Bureau that helps tenants and landlords resolve their issue and avoid going to court.

“We have this program in place. It’s already working. It’s been highly successful. The city does not need to hire law clerks to enter into this arena when it’s already being done, so for that reason I don’t support it,” Bredefeld said.

“I don’t support the other one where you’re spending millions of dollars to hire attorneys to go after landlords who are evicting people.”

If the Right to Counsel proposal makes it onto a future Council agenda and passes with a majority vote, Mayor Jerry Dyer – who did not speak on the matter – could choose to veto it and leave the council, facing long-odds to override the veto given Chavez’s opposition to the program.

Last month Chavez introduced a hazard pay ordinance that would require Fresno’s grocers to give employees a $3 per hour raise for 120 days.

After introducing it, Chavez tabled it for discussion with the intent to bring it back on a future date.

Chavez brought it back for Thursday’s meeting with an addition: Instead of a temporary pay raise, grocery stores could provide permanent healthcare benefits to employees.

But Chavez did not offer the Council an opportunity to discuss it this time. He pulled the proposal and said he will bring it back – once again – at a later date.