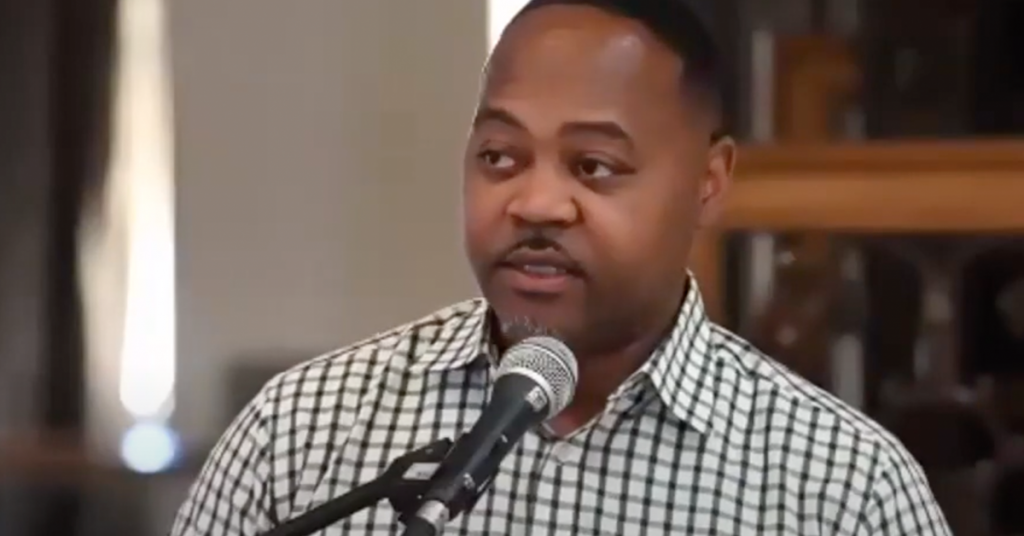 Initially, sources told The Sun that retired police officer Raymond Eddy hit Baines with the blunt side of a gun in an argument.

The Fresno Police Department said Thursday that Eddy assaulted Baines by “punching him several times with the fists while still holding the firearm.”

Eddy and Baines have deep personal and professional ties. During Baines’ final three years on the Fresno City Council, Eddy served as a Council Assistant and Chief of Staff in his office.

According to Fresno Police, the two former cops got into an argument over “a failed business venture.”

Police officers responded to a call to the Windscape Apartments near the Blackstone and Nees intersection around 9 p.m. on Wednesday.

They found Eddy driving in the apartment complex parking lot. He displayed signs of intoxication during his contact with the officers.

Eddy, 52, was arrested and booked into the Fresno County Jail on five charges.

He faces two felony charges – assault with a firearm and criminal threat – and three misdemeanor charges – exhibiting a deadly weapon, DUI of alcohol and drugs and a DUI of alcohol at a registered blood alcohol content of  at least .08 or more.

Baines is currently serving as the chairman of Fresno’s Commission on Police Reform, which released a set of 73 recommendations related to the operations of Fresno’s Police Department.

The Sun reached out to Baines’ office for comment, but was unavailable.