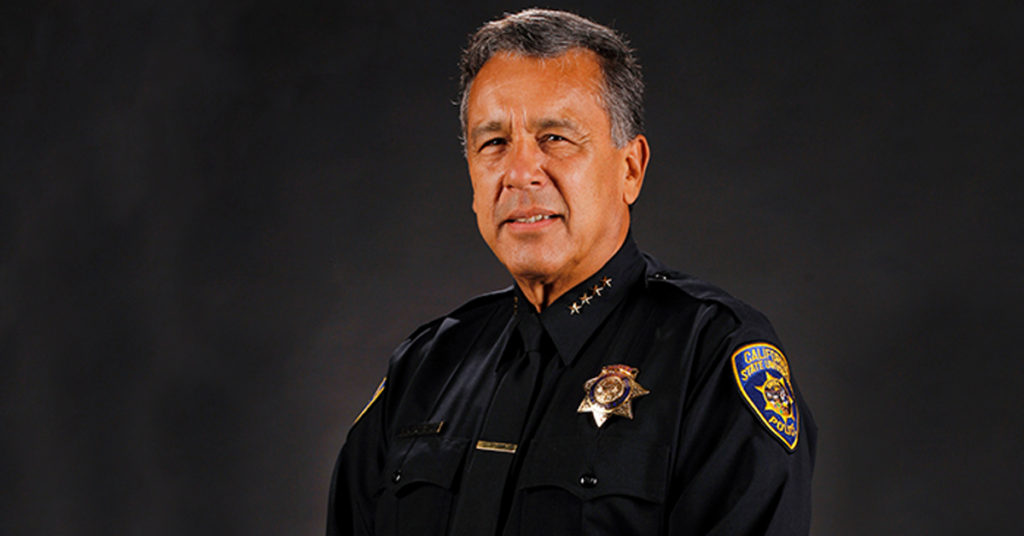 Huerta, who joined the Fresno State Department in 2004, was a career member of the Fresno County Sheriff’s Office. He left the department after 30 years at the rank of lieutenant.

“Chief David Huerta was an exemplary leader of our campus police department,” Fresno State President Joseph Castro said in a statement. “He had unwavering integrity, even under the most challenging circumstances. Most importantly, he was devoted to his wife, Cynthia, and his children. David will be deeply missed by all of us at the University.”

Huerta had been hospitalized for more than a year following a reported double lung transplant.

Aside from overseeing the university’s police force, Huerta was also an alum of the university. He earned a master’s degree in criminology in 1992. He also taught criminology courses at Fresno State and National University along with the Clovis Unified Regional Occupation Program.

Castro ordered Fresno State’s flags be lowered to half-staff on the day of Huerta’s memorial service in recognition of his service to the university.

Services for Huerta have yet to be announced.