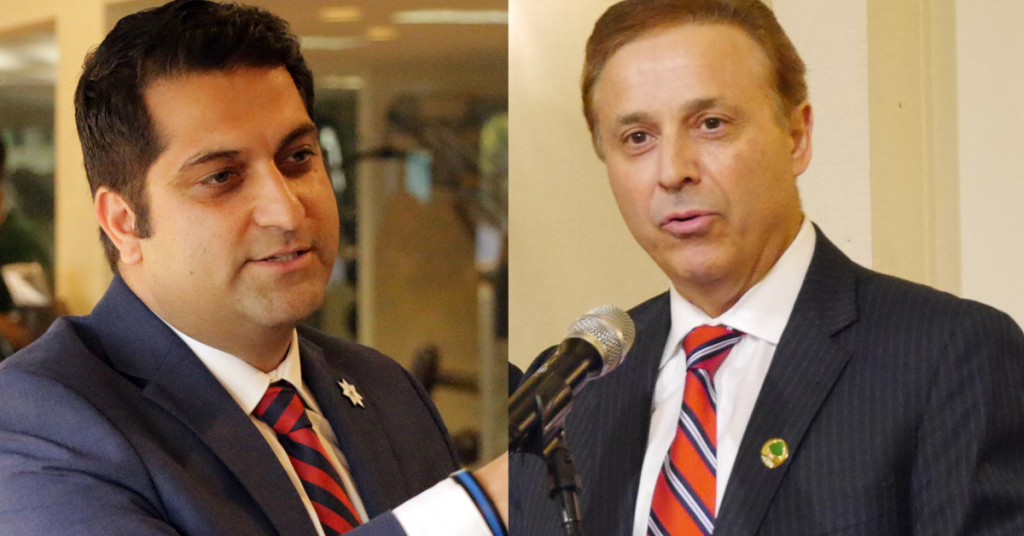 Following Monday’s budget hearing, it appears that some officials at the City of Fresno hope to get on course for something of an economic moonshot.

And it appears that Federal CARES Act funding will serve as the rocket fuel.

Bredefeld, who led much of the discussion, announced that he was “looking at ways to help folks in southwest and southeast Fresno that have been adversely affected by COVID-19.”

Their solution? A sweeping set of economic development policy planks dedicated exclusively to the southern portion of the city, financed with $30 million in the Federal coronavirus relief funds.

In the short-term, it throws more chaos into an already contentious budget process with the administration of Mayor Lee Brand.

In the long-term, it could single-handedly reshape the dynamics and geography of the city.

During his remarks, Bredefeld pointed to a U.S. Centers for Disease Control study that found minority groups faced a “disproportionate burden” from coronavirus.

“We also know many parts of our city – particularly southwest and southeast Fresno – have many needs that have gone unmet and, in some areas, don’t have even the basic infrastructure such as sidewalks, greenspace, clean air, developed neighborhoods,” Bredefeld said. “If we are to successfully address the adverse consequences of emergencies like COVID-19 in more vulnerable populations, then we have to provide the resources to improve the quality of life for our south residents.”

Bredefeld laid out a nine-point vision for doling out the Federal coronavirus aid funding for the southwest and southeast Fresno area:

The proposal itself caught many onlookers surprised.

Bredefeld, representative of the city’s well-off northeast region, was a hard-nosed pugilist merely a year ago for road repair funds generated by California’s gas tax to be spent in his district.

Who are you and what have you done with Garry! https://t.co/wH7RaLmn9L

Can coronavirus funding be an economic cure-all? It depends.

The CARES Act, signed into law by President Donald Trump in late March, provided emergency relief funding to the broad spectrum of government – from states to cities to Native American tribes.

Underpinning the law is that funding would be utilized to respond to the coronavirus pandemic.

Spending must be limited to “necessary expenditures incurred due to the public health emergency with respect to the Coronavirus Disease 2019 (COVID–19),” they “were not accounted for in the budget most recently approved as of March 27, 2020,” and the expenditures were incurred between March 1 and December 30, 2020.

Bredefeld argued that – upon consulting the CARES Act spending approach taken by other cities along with unspecified lawyers – the impacts to Fresno’s minorities in the southern portion of the city generated a sufficient nexus to be utilized on the laundry list of economic development priorities.

The Brand administration, for its part, is skeptical of the nexus.

Underlying that skepticism is a worry that spending nearly one-third of Federal coronavirus aid funding on indirect community impacts could jeopardize the City’s funding – exposing potential penalties and legal action with the Federal government.

A drop in the ocean, or a necessary ripple effect?

The decision to dedicate a large chunk of one-time Federal money to reverse long-standing issues in south Fresno points to the City’s larger ambitions.

While $30 million in and of itself is likely to provide some level of improvement for south Fresno, it is unlikely to single-handedly deliver a sea change.

For starters, road and sidewalk repairs in south Fresno alone could run a tap upwards of $1 billion.

And that’s before touching on building and maintaining parks, a key issue in the 2018 election over Measure P, the failed, $1.1 billion dollar parks tax.

Yet, such the ambitious push by Bredefeld and Karbassi could lead toward greater changes down the line.

One potential turning point: an overhaul of Fresno’s development infrastructure.

In late 2019, Fresno City Councilman Luis Chavez pushed for a tear-down of the City’s general plan in the hopes of boosting new home production at market rates.

The push sputtered out by the conclusion of the year, but could easily be revived.

Such an overhaul would allow for Fresno to expand its footprint and slow what Chavez described as the “wealth drain” to other Fresno County cities and Madera County.

Both southeast and southwest Fresno have figured into long-range planning to expand the City of Fresno’s physical footprint and geographic influence.

And to the west sits the West area, an untapped haven of affordable homes and economic hubs, bound by the humming traffic of Highway 99.

In his own remarks, Karbassi noted how the initial gambit of turning coronavirus funds into a bid for suburban renewal serves as a key consideration.

“We need to fundamentally shift the conversation about how we grow our community and create renewed economic opportunities so that all residents are afforded opportunities to work, play, and grow happily and healthily,” he said.

$30 million in Federally-provided seed money could prove to be such a fundamental shift.