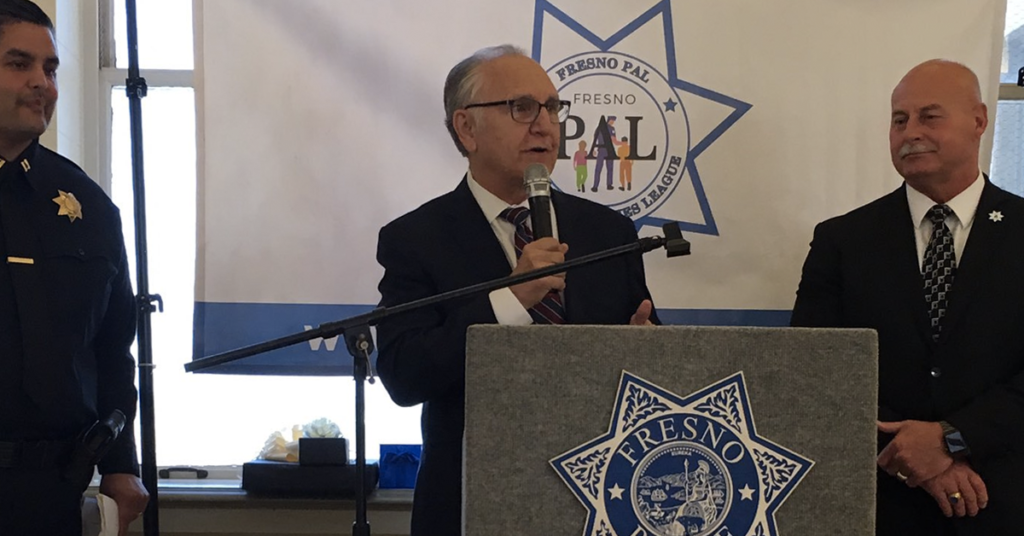 Brand made the announcement during a taping of Sunday Morning Matters on Fresno’s NBC affiliate, KSEE-TV.

BREAKING: After vetting the bill, @MayorLeeBrand signs on with nearly 250 U.S. mayors to get the Senate @senatemajldr to pass stronger gun background checks! @realDonaldTrump much more on my exclusive with Brand @LocalElectionHQ @KSEE24 pic.twitter.com/tDeNDfuRsX

H.R. 8 would, among other things, require all firearm purchasers to undergo a National Instant Criminal Background Check Service (NICS) background check and restrict unlicensed transfer of firearms via the secondary market.

H.R. 1112 would extend the background check waiting period from three to 10 business days.

McConnell has already rejected the Mayors’ call to shorten the Senate’s August recess.

However, in a local Kentucky radio interview, McConnell said that it is his hope to see actual legislation result from serious discussion on the issue.

“We’re going to have these bipartisan discussions when we get back, hopefully, be able to come together and actually pass something. I want to make a law and not just see this kind of political sparring going on,” the Senate leader said.

“Background checks and red flags would probably lead the discussions.”

Including Brand, 44 California mayors signed on to the U.S. Conference of Mayors letter. Michael Tubbs of Stockton and Darrell Steinberg of Sacramento were the only other Central Valley mayor signatories.