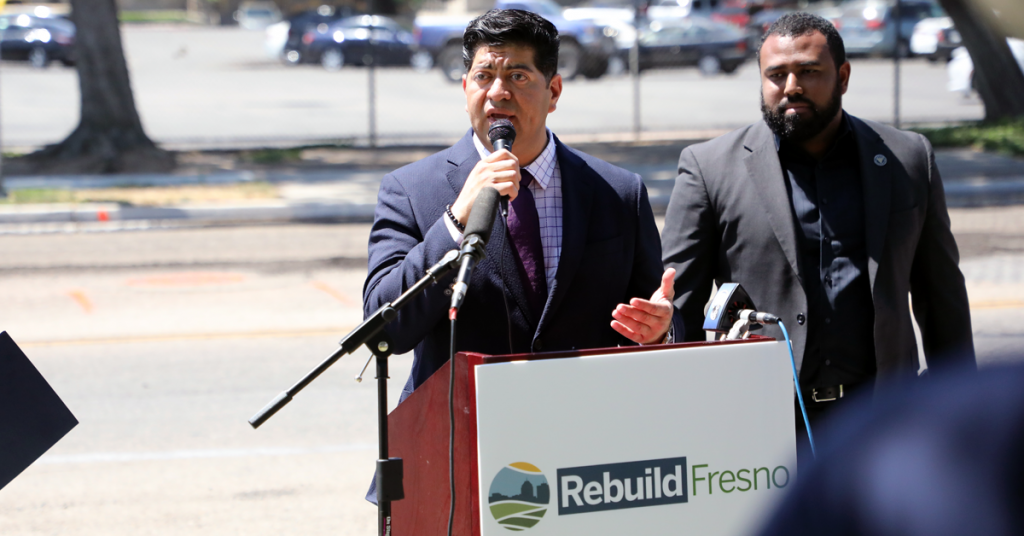 Fresno City Council is on-pace to approve a final budget for fiscal year 2021-2022, but the road has been lengthy, too say the least.

Lawmakers voted on around 100 motions Tuesday, which added $24.8 million to the budget and sparked a few flares with members of the Dyer administration.

That sum leaves about a $5 million gap in the city’s general fund when accounting for the revenues the city is counting in additional sales and cannabis taxes, City Manager Tommy Esqueda said.

Council President Luis Chavez and Council Vice President Nelson Esparza are set to negotiate with the Dyer administration to address the gap in the general fund and settle final budget requests from the administration that were not covered in the council’s motions.

Following the meeting between council leadership and the administration, the council will likely reconvene on Thursday to adopt the budget.

While Tuesday’s meeting was relatively smooth-sailing, certain topics – such as public safety – were hotly contested.

Council members Mike Karbassi and Garry Bredefeld, who was absent Tuesday, originally submitted a motion to double the incentive for lateral police officers that are hired from $10,000 to $20,000.

With Bredefeld out of the picture, Karbassi was only able to garner support from Chavez.

“We have 699 officers right now,” Karbassi said. “This is a crisis. Part of it’s workman’s comp, but a big part of it is officers are leaving early. We can’t retain officers. Anyone who can work in Clovis or Dinuba and make more money and have less violent calls is going to do that. So we have to compete and make it more lucrative to take the risk to come to Fresno.”

After discarding Karbassi’s proposal, the council threw their support behind another incentive that rewards police officers for buying houses south of Shaw Ave.

Councilwoman Esmeralda Soria proposed the motion to launch an incentive program that would provide $10,000 for any officers to live in South Fresno.

“I’m just trying to understand why we would support this motion when we don’t support a motion when we’re in a crisis to give $10,000 for lateral so we can get more officers patrolling our neighborhoods,” Karbassi said. “Yet we talk about One Fresno and now it’s, ‘Well let’s have them live in South Fresno.’”

Karbassi asked Soria why the council should discriminate with the incentive program and not open it up to the whole city.

“If we want to give our officers up to $20,000, I think that if there’s an incentive for them to live in a little bit more challenged neighborhood that we’re trying to invest into, help and reduce the statistics, I think that’s something we need to consider,” Soria said.

The South Fresno incentive program passed unanimously, but the council refused to support a motion that would have added 20 Community Service Officers to the police department.

Karbassi and Chavez once again were the only two lawmakers to back the boost.

The city is already set to add 10 community service officers in the upcoming budget. Those officers respond to certain calls, such as burglary or vandalism, which frees up police officers to handle more urgent matters.

In a continuation of the drama over the LGBTQ Pride Flag at City Hall over the last month, the council rejected a motion to create a Community Coordinator position for the LGBTQ community.

Surprisingly, most of the council’s Democratic contingent refused to support this new position and sided against Karbassi and Chavez, voting it down 2-4.

That led Karbassi to comment on the Pride Flags that many of the council members had on display in front of them.

Instead, Arias proposed a motion to direct $100,000 – which would have covered the coordinator position – to the Economic Development Department to support LGBTQ businesses and city sponsored events in the community.

There was some confusion in City Hall regarding the program’s funding, with Esqueda telling the council to specify where the money should come from within the budget.

In response to that, the council decided to reallocate $200,000 from Beautify Fresno’s $1.2 million budget to go toward the new District 7 program.