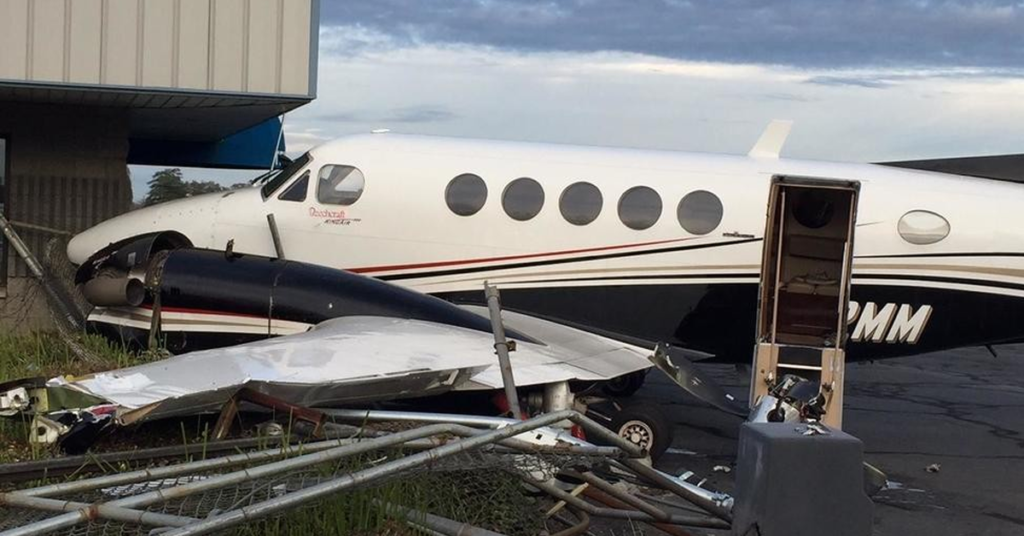 A 17-year-old girl who ran away from home was arrested Wednesday morning after sneaking onto the general aviation section of the Fresno-Yosemite International Airport and into a Beechcraft King Air 200.

She promptly crashed the twin-turboprop jet into the gate of the Signature TECHNICAir Aircraft Maintenance building after getting one engine to start.

Footage of the crash was captured on closed-circuit cameras.

The girl’s mother said she ran away from home Tuesday night, Fresno Airport police officials said. The mother noted that the 17-year-old didn’t know how to drive.

The girl was arrested and taken to Fresno County Juvenile Hall.