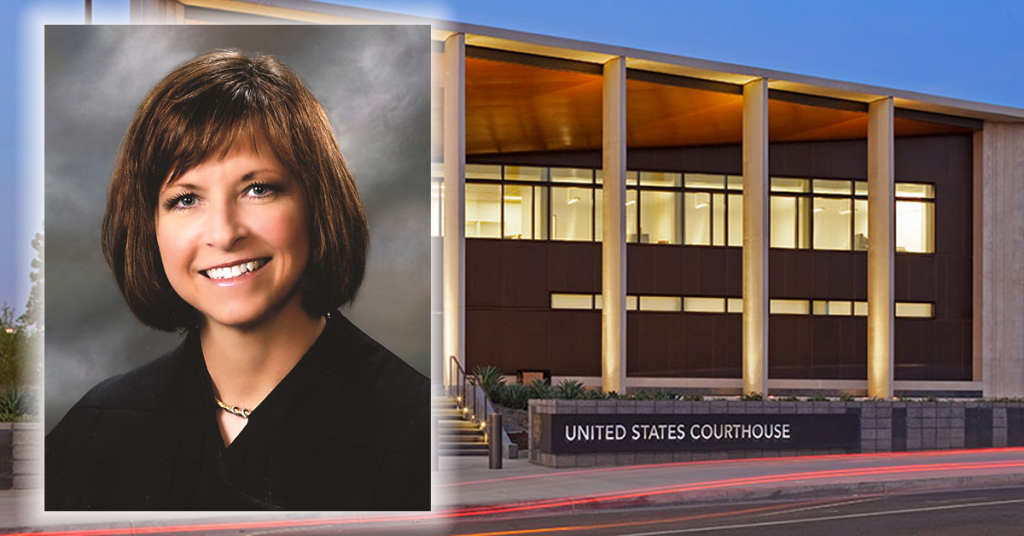 California’s most overworked Federal district court has a new judge in its ranks.

After being nominated for the position by President Joe Biden in September, U.S. Magistrate Judge Jennifer Thurston was confirmed by the Senate as a U.S. District Judge for the Eastern District of California last Friday.

Thurston’s confirmation comes after a 12-year stint as a U.S. Magistrate Judge in the Eastern District.

She has also served the Chief U.S. Magistrate Judge for the district since October 2020.

Before her time with the Eastern District, Thurston served as a deputy county counsel for the Office of County Counsel in Bakersfield from 1997 to 2009.

Thurston graduated from Duke University in 2018, where she received her LL.M.

She previously received her J.D. from California Pacific School of Law in 1997.

During her time at Duke, she wrote a thesis titled “Black Robes, White Judges: The Lack of Diversity on the Magistrate Judge Bench.”

The Senate approved Thurston by a 46-24 vote, with three Republicans and one independent joining 42 Democrats in support.

The 24 votes against her confirmation all came from Republicans.

Thurston’s chambers are based out of the Bakersfield Federal Courthouse.

A court with a caseload crisis

Currently, the Eastern District is comprised of six seats – the same number it held in 1978. Each of the six district judges are expected to handle about 900 cases at a time.

During the Obama administration, Rep. David Valadao (R–Hanford) proposed The Central Valley Judicial Relief Act to double the size of the Eastern District of California bench. The bill failed to garner support from the state’s two Senators at the time, Dianne Feinstein and Barbara Boxer.

With Thurston’s confirmation, the Eastern District currently has one vacancy through senior status and retirements.

Prior to his retirement, Judge Lawrence J. O’Neill pleaded with the White House and California’s two senators, Feinstein and Kamala Harris, to end the logjam and begin the process of nominating and confirming judges onto the Eastern District bench.

Last April, President Donald Trump nominated Fresno lawyer Dirk Palootzian to the bench. His nomination expired after the Senate Judiciary Committee failed to take up a hearing on it prior to Trump’s exit from office.