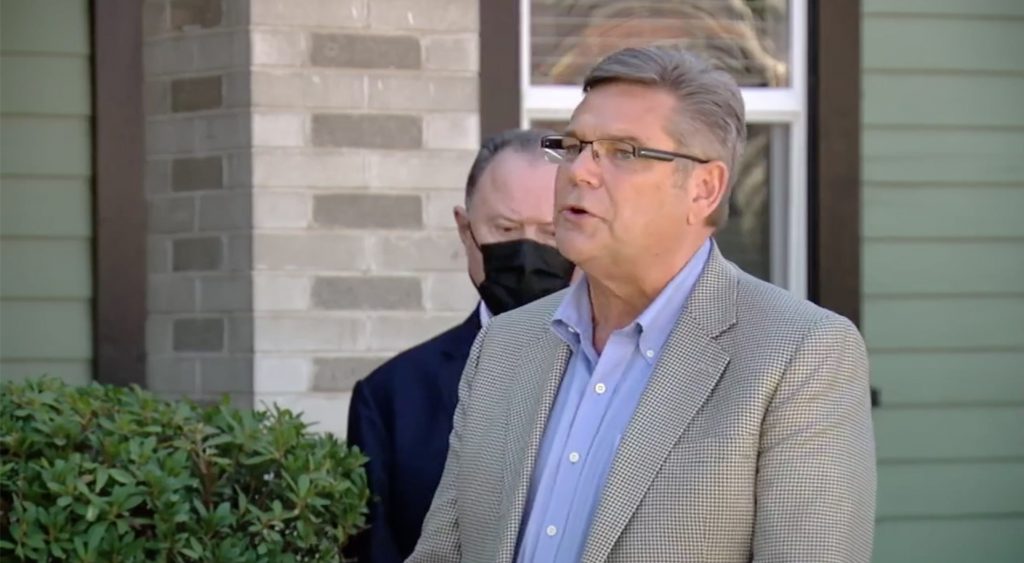 Craig Harrison, a longtime priest with the Fresno Roman Catholic Diocese who held the title of Monsignor, resigned his post on Thursday following a 22-month leave that sparked a flurry of defamation lawsuits stemming from accusations of misconduct.

“It was almost two years ago that Bishop Armando Ochoa called me into his office to put me on temporary administrative leave because of a phone call he said he received of an accusation against me,” Harrison said during a Thursday afternoon press conference at the office of his attorney.

Through 2019 and early 2020, prosecutors in four counties investigated the claims and uniformly declined to prosecute on a combination of insufficient evidence or lapse in the statute of limitations for the offenses.

Subsequent to discussions with Ochoa, in April 2019, a wave of accusations and claims of sexual misconduct perpetrated by Harrison dating back to his earliest priestly duties in Fresno, Merced, and Kern counties emerged.

“That did not happen,” Harrison said of an initial, internal inquiry by the Diocese.

During the emotional press conference, Harrison said Ochoa declined to initiate an internal probe because he was “leaving office.”

Ochoa was succeeded by Bishop Joseph Brennan in May 2019.

“Finally! Someone would investigate and my name would be cleared,” Harrison said of Brennan’s arrival. “Instead, I waited for months. Finally, the Bishop contacted me and left a phone message on my recorder telling me that – even though he had only been in office for two months – he was going on vacation.”

Harrison said his next brush with the Diocese was when Fresno Diocese spokeswoman Teresa Dominguez spoke with KQED, the Bay Area National Public Radio affiliate.

Harrison is currently suing Dominguez, along with the Diocese, for defamation for comments originating from that interview.

“I had a death threat and still not one word from the Diocese of Fresno,” he added.

Choking up, Harrison noted that not a single member of Diocese personnel had asked him a single question about the allegations during the two-year freeze.

Harrison detailed a back-and-forth of written restrictions from Brennan on his personal conduct while on leave. Among them: restricting his ability to post reflections and prayers on Facebook, participating in funeral services of friends, wearing dark clothing.

“I have done everything I can to comply with the rules the Bishop changes every day,” Harrison said, holding back tears. “But now the rules have gone too far.”

Harrison eventually announced that he sent a letter of resignation to Pope Francis.

“I cannot ignore my call from Christ to serve and minister to his people,” Harrison said. “I have come to accept that I cannot do this within any organization led by people who are willing to sacrifice the Gospel for politics and money.”

He added that his call to minister has “never been stronger” and said he would continue to preach, albeit beyond the cloth of the Catholic Church.

“This result [of Harrison’s resignation] is a result of the failure of the Bishop in his obligations to seek truth and justice,” Humphrey said.

Humphrey similarly blamed lack of transparency, shifting Diocesan rules, and lack of integrity from Church management as driving the Harrison’s untimely exit from the priesthood.

The Fresno Roman Catholic Diocese, now under the management of Brennan, engaged its own internal investigation into priest misconduct, both including and beyond allegations related to Harrison, with the assistance of former FBI Executive Assistant Director Kathleen McChesney.

The Sun has contacted the Fresno Roman Catholic Diocese for comment on Harrison’s exit.