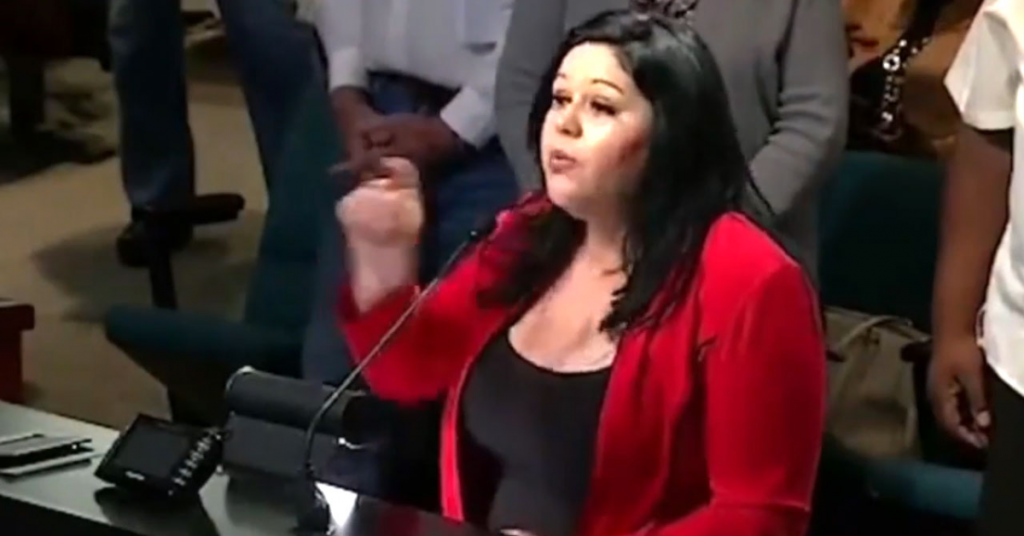 Solis was arrested in January 2021 for trespassing at the GOP leader’s office and refusing to leave after asking to speak with the Congressman regarding the events of Jan. 6, 2021.

According to court documents, McCarthy’s Staff gave Solis a form to fill out, but she repeatedly stopped to talk to viewers on a livestream that she was broadcasting on her phone through Facebook.

The police arrested her and removed her from the office, after which she faced two misdemeanor counts of trespassing.

Ahead of the start of her trial, however, last week Judge Gloria Cannon – an appointee of Gov. Jerry Brown – offered Solis a pretrial diversion, which she accepted.

Under the diversion, Solis agreed to steer clear of McCarthy’s office in the future and to not commit any new crimes in order to have the case dismissed.

In response, the Kings County District Attorney’s Office called the offer “absurd” in a press release.

“When someone goes to the trouble of broadcasting themselves blatantly violating trespassing laws for a political stunt, they should face consequences,” said Assistant District Attorney Joseph Kinzel.

“Judge Cannon handed out a ‘get out of jail free’ card to Solis and did so over the D.A.’s objection and without hearing any testimony or viewing the evidence in the case.”

The diversion offer came about from a 2021 law allowing such action for nearly all misdemeanor offenses.

In his statement, Kinzel also pointed to Cannon granting diversion in multiple vehicular manslaughter cases over the past several weeks.

“Far from any ‘vindication,’ or evidence of innocence, Solis’ decision to accept the judge’s ‘diversion’ is a product of Solis taking advantage of a judge in a state that has policies specifically allowing for this absurd result to occur,” Kinzel said.

Kinzel called Solis’ behavior “an obvious political stunt” in which it was clear she “had no intention of respecting the law.”

“To say that the ruling is a disappointment is a gross understatement,” Kinzel said.