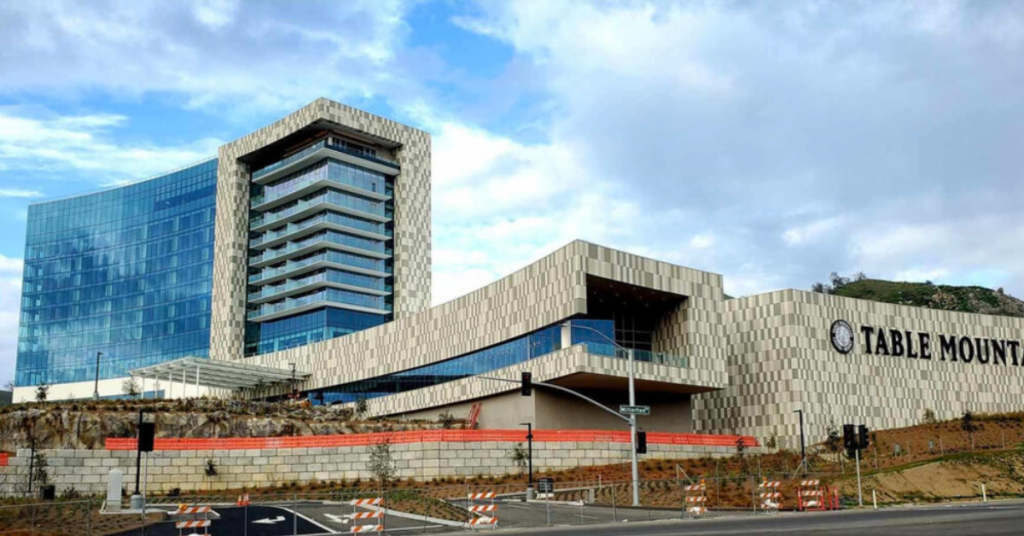 The tribe revealed Monday in a video posted to social media that the new facility will open July 21.

“It all started with an idea. What if we built a high-stakes bingo hall in the heart of the Central Valley? It was a struggle, but we did it. Soon we grew and added slots and table games, and the idea got bigger: What if we built a world-class resort featuring entertainment, dining and luxurious rooms. Thirty-five years has flown by, but the same spirit remains.”

Table Mountain officials wrote on Facebook that the hotel is privately booked through August, but the tribe will open reservations for September soon.

The new casino will come in at 110,000 square feet and have over 600 gaming machines, expanded restaurant space, a special event center that seats 1,500 people, a gift shop and a childcare facility.

The hotel will rise 14 levels and house 150 rooms along with a spa, fitness center, salon, meeting rooms and a restaurant.