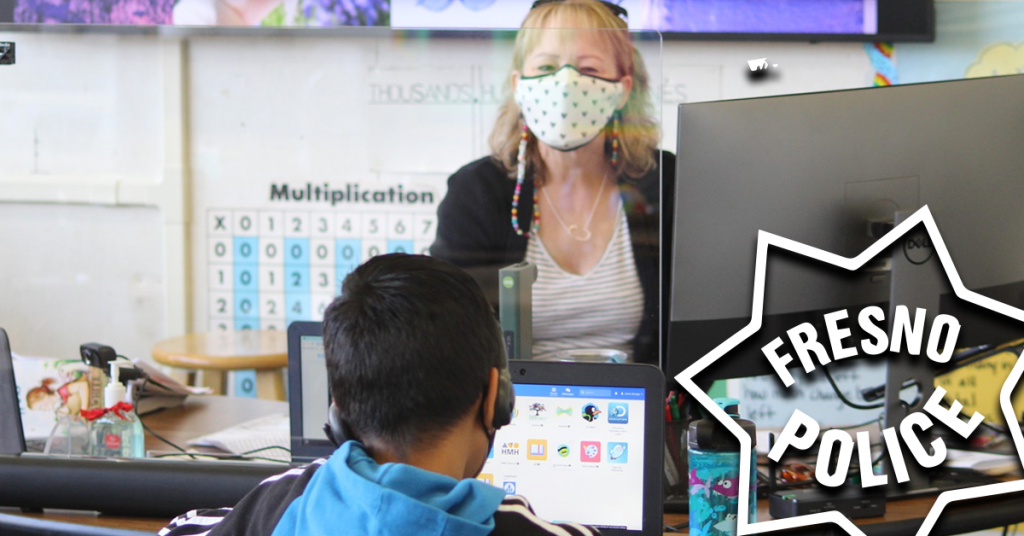 More than a year after the death of George Floyd reignited a rancorous debate to defund the police, Valley school districts are learning the hard way that it’s difficult – if not impossible – to defund cops, keep families happy, and maintain a safe environment on area campuses.

It’s on that backdrop that Fresno lawmakers are set to consider a three-year, $1.45 million contract to provide police officers to serve as school resource officers at Central Unified School District’s high schools.

The district, which has maintained a police program on its campuses for 25 years, sought to not only continue services on its high school campuses but faced a push to increase the placement of school resource officers onto middle school campuses, too.

It’s a stunning reversal from a year ago, when debate at neighboring Fresno Unified School District tilted in the direction of ending the district’s police presence on campus before pulling back to maintain most – but eliminate some – police services.

It also comes at a time when the social justice aspirations of a year-old political moment have collided with back-to-school realities that are bringing health and safety issues to the forefront.

Central Unified, in its first weeks back to school, found out quickly it would be no stranger to safety issues.

Pitching a contract extension in July, Fresno Police Chief Paco Balderrama told Central Unified trustees that he himself was a product of a school resource officer program, having been mentored by one in his high school during his final year.

“Especially in light of recent violent crime in Fresno.”

Balderrama described the posture of his department’s SROs as enforcing the law rather than being dispatched to enforce “house rules,” such as school rule infractions incurred by students.

At the outset of a two-meeting debate on the contract, some Central Unified residents and parents argued that the year-old clamor to oust cops from campus following the George Floyd incident was heavily misguided.

During public comment in July, Central Unified resident John Flores cited a 2019 U.S. Department of Education study which found 13 percent of high schoolers nationwide reported bringing a weapon onto campus within 30 days of being surveyed.

“Some people are willing to risk those 13 percent odds because they don’t like cops,” he said.

Less than a month later, 19-year-old Fresno resident Taevion Yancey would shoot fellow Fresnan D’Anthony Fields outside of Deran Koligian Stadium following the week zero Central-Bullard football game in what is believed to have been a gang hit.

Following a chase from the stadium parking lot, police arrested Yancey on suspicion of attempted murder and carjacking.

Last Friday, Central Unified cancelled football games and dismissed students from Central High School’s East campus due to the previous week’s violence and a tip of social media threats made toward the campus, discovered by Fresno Police.

But support for expanding the SRO program isn’t lacking among the members of the Central Unified Board of Trustees.

It is, however, lacking, at a Fresno Police Department stretched thin on patrol cops, Deputy Chief Burke Farrah told trustees.

That problem surfaced when Fresno Unified’s Board of Trustees, whose protracted review of its contract with Fresno Police centered on whether it needed cops on any of its campuses, opted to eliminate middle school SRO services.

During the July meeting, Balderrama told Central Unified trustee Jason Paul that the move may have been aimed to “appease public sentiment” in the immediate moment of “Defund the Police” fervor.

But it ultimately proved to be a folly, he added.

“Fresno Unified did vote to remove them [SROs in middle schools] about this time last year,” the police chief said in July. “And they’re regretting that decision because they’ve asked for them back, they actually approved that in the budget – and I don’t have the officers to give them. So they’re going to have to wait an entire school year without school resource officers in their middle schools.”

Fresno’s police force, already stretched thin amid a recruiting crunch, was forced to put Fresno Unified’s request to restart middle school SRO duty at the back of its priority list.

“I hope things go well,” he said of the district that spurned his department.

As for Central Unified, the earliest prospects of SRO services on its three middle school campuses wouldn’t arrive until 2022, following recruitment and training, Farrah told trustees.

“As much as I’d like to put school resource officers in your middle schools, it would be irresponsible to the rest of the community at this time,” he said.

“I can’t afford to take cops away from patrol beats in order to serve at schools. That may sound harsh, that may sound cold, but those are the facts. I’ll never lie to you. If I had them, [returning SROs to middle schools] is certainly an option.”