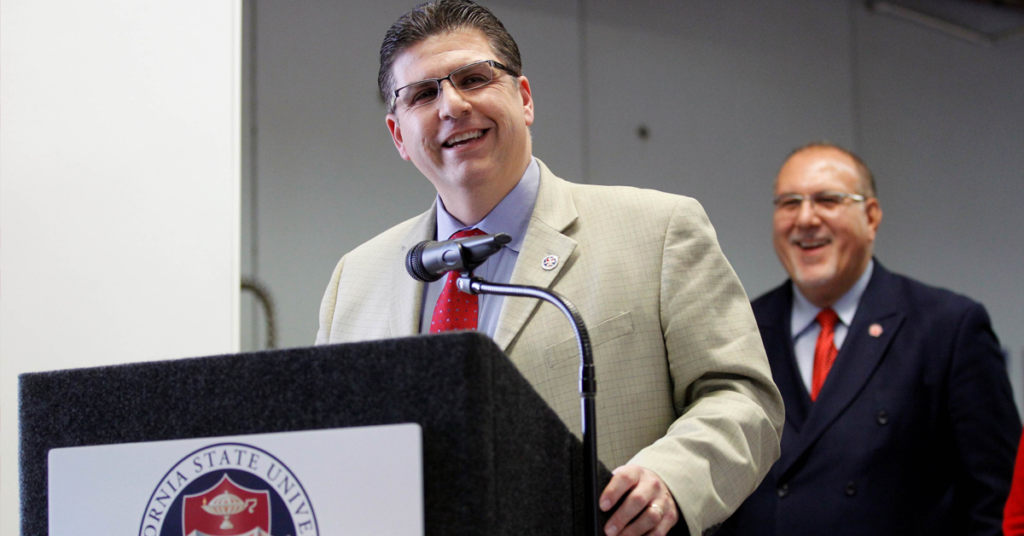 Dr. Timothy White, the chancellor of the California State University system, announced Tuesday that he would retire at the conclusion of the 2019-2020 academic year.

White, a Fresno State alumnus, has served as Chancellor of the public university system since 2012.

“It has been my great honor to work with our state’s elected leaders, our Board of Trustees and our campus, faculty, staff and student leaders to reinvest in our university to expand access and improve academic outcomes for the future,” White said in his retirement announcement.

White’s announcement means that there will be a changing of the guard atop both of California’s four-year university systems. Last month, University of California President Janet Napolitano announced she, too, would be leaving her post.

In his retirement announcement, the CSU system said trustees will begin a search for a replacement for White immediately.

“Chancellor White has served as an exemplary leader of the California State University, the largest higher-education system of its kind in the nation,” Fresno State President Dr. Joseph I. Castro said on Tuesday. “He has consistently been a highly valued adviser to and supporter of his alma mater, Fresno State. I will greatly miss working with him to serve California’s most talented and diverse students. I am pleased that he will have the opportunity to enjoy a well-deserved retirement.”

The decision by White to retire has a direct impact on Fresno State, as the position oversees all 23 California State University campuses.

Shortly after the announcement, chatter that Castro may be a candidate to succeed him began to circulate.

However, Castro said he would not be a candidate for the position.

“I will not be a candidate for Chancellor of the California State University, but I will enthusiastically support whomever is chosen by the Board of Trustees to serve in this important leadership position.” he said in a statement.