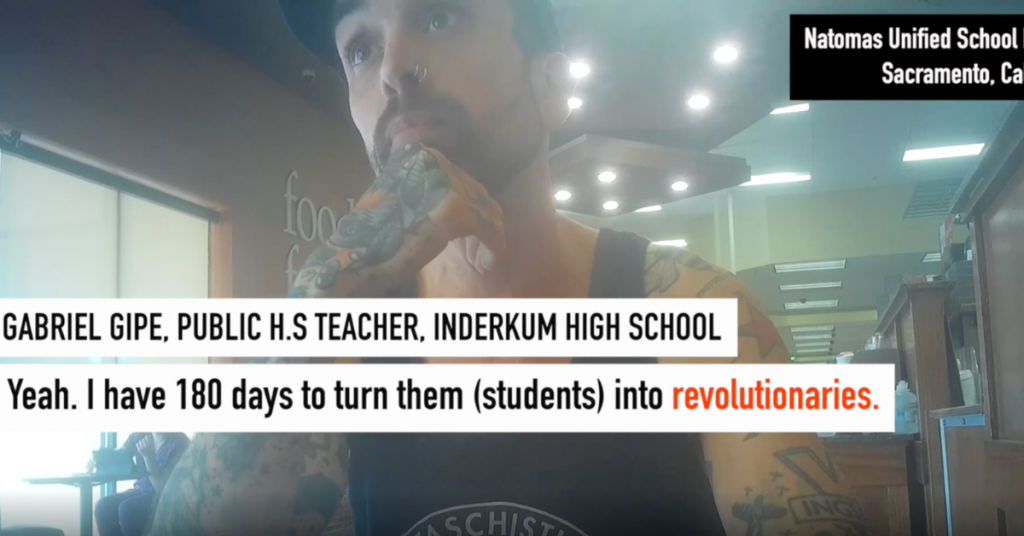 A Northern California teacher has received three years’ pay in exchange for his resignation after he was secretly recorded by Project Veritas professing his allegiance to Antifa, which in turn led the school district to find “clear violations of political activity” inside his classroom.

In the video, Gipe is quoted as saying he wanted to turn his students into revolutionaries.

“I have 180 days to turn them [students] into revolutionaries…Scare the f*ck out of them,” Gipe said in the video.

Along with claiming that he tracked the political proclivities of his students and assigning extra credit for participation and attendance at protests, Gipe also hung the Antifa flag in his classroom.

Tuesday, Sacramento TV station KCRA received documents from Natomas Unified School District on Tuesday, which detailed the settlement that was reached in January.

The district agreed to pay Gabriel Gipe $190,000 in exchange for his resignation from Inderkum High School. The payout to Gipe was taxed and the school district ended up paying $100,390.90 which was broken up and issued in two checks.