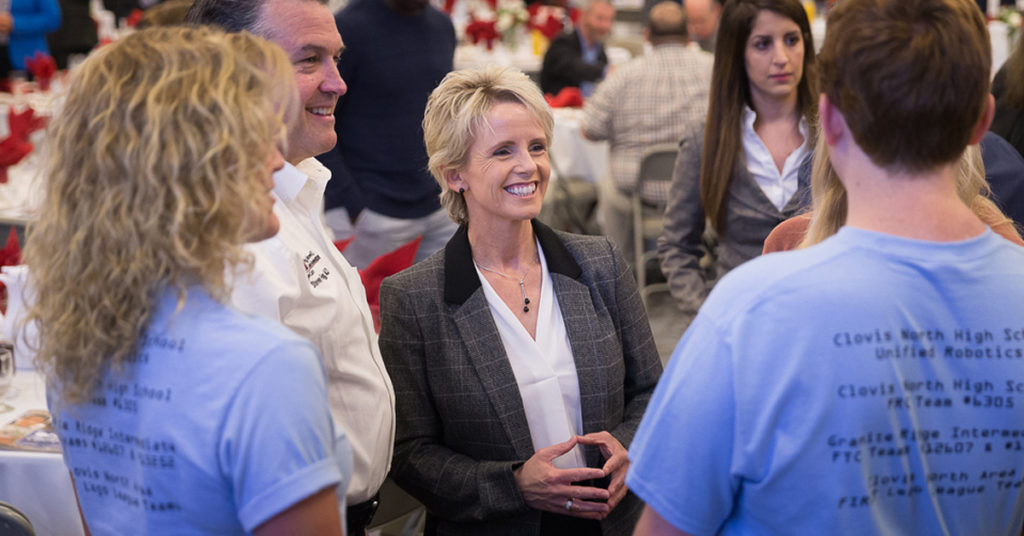 Fresno County’s two largest school districts were surprised with millions of dollars in donations this week to their charitable foundations.

“I’m rarely at a loss for words, but this might be one of those times,” Nelson said.

The Foundation for Fresno Unified Schools, the district’s new nonprofit that brings in philanthropic donations to benefit Fresno Unified, is the actual recipient of the donation.

Since the $20 million was gifted with no strings attached, FUSD is able to use the money however it would like to.

One option Nelson discussed would be to earn interest on the donation, which he said would be $800,000 annually that the district could use on student scholarships. That would be four times what the foundation has been able to do so far.

Nelson did not know why Scott chose Fresno Unified to bequeath $20 million to, and she has a record of not sharing her reasons for supporting the various nonprofits that she has donated to.

The donation is the largest in Fresno Unified’s history.

“From a very personal point of view, it’s just incredibly gratifying because I’ve been on this journey of constantly saying, ‘Really good things are happening here. Really wonderful people live here. The diversity of the Valley, the agricultural roots of the Valley, there’s so much good that’s here,’” Nelson said.

“Now there’s a philanthropist who is well known nationally saying, ‘Fresno, we really believe in the work you’re doing.’ That’s probably worth $20 million easily. The amount of perceptual change that can be generated by a gift such as this to the Valley, it’s almost immeasurable.”

Shortly after Nelson revealed the major donation to Fresno Unified, Clovis Unified School District made an announcement of its own.

Clovis Unified revealed that late Qualcomm co-founder Franklin Antonio left $4.9 million to the Foundation for Clovis Schools through his estate.

Franklin, who died in May, graduated from Clovis High School in 1970.

“It was a big win for us. We’re looking back at our programs, what we want to do in the future and try and find ways to raise money,” foundation chairman Mike Fennacy told GV Wire. “And this is definitely going to help us fund the needs of the additional things that we want to do.”

Fennacy said that he hopes to use the money to fund the Doc Buchanan Leadership Academy to train future administrators.