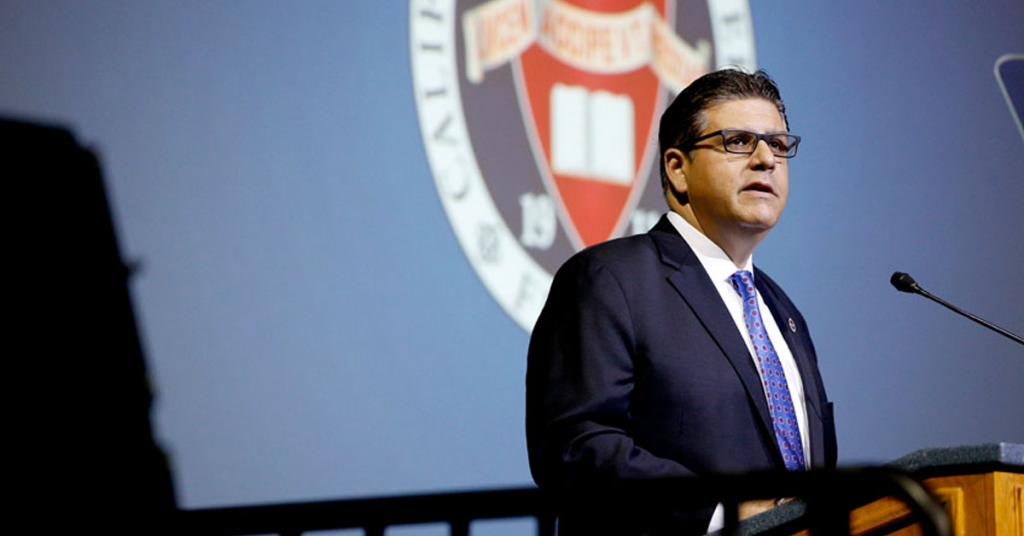 In the wake of the fallout of former California State University President Joseph Castro resigning his position, the CSU Academic Senate is pushing for increases transparency in the search for the next chancellor.

Castro stepped down in February, weeks after news reports revealed his alleged mishandling of Title IX harassment complaints during his days as the president of Fresno State.

Since his resignation, CSU opened an internal investigation into what happened at Fresno State regarding Castro and former university vice president of student affairs Frank Lamas, who was the subject of the harassment claims.

Wednesday, the Academic Senate sent out its resolutions that it passed in May regarding the search for the next CSU chancellor.

The Academic Senate called on an open and transparent search in order to allow and encourage input from the CSU community and outside communities into who should take the system’s top leadership position.

It resolved that a closed search would preclude the public from sharing relevant and potentially damaging information from reaching the Board of Trustees.

Publicizing the list of candidates could allow for information that could prevent the resignation or termination of the appointee by keeping the candidate out of the position in the first place, the Academic Senate resolved.

“The CSU has been victim of both lack of transparency in two searches (CSU Fresno President and CSU Chancellor) that have led to resignations and embarrassment, at the very least, to the CSU,” the Academic Senate wrote in its rationalization accompanying the resolutions.

The Academic Senate argued that a closed search runs contrary to how advancements are made throughout many organizations.

“The argument that a closed and secretive search is necessary (otherwise good strong candidates are likely to withdraw if their names are made public) runs counter to the manner in which people move up in the administrative ranks in organizations, especially universities, through open searches and public visits to campuses. Also, a vast majority of organizations and universities realize and are quite comfortable with the natural aspirations of their human resources, indeed encouraging and assisting in their movement to higher ranks,” the senate wrote.

As noted in the rationale, 21 of the 23 CSU campus senates have already approved resolutions calling for open and transparent presidential searches.

“Confidence and satisfaction in the outcome are intricately linked to the type of process followed. Forgoing publicly announcing finalists’ names and scheduling official campus visits for them is behavior characteristic of a private corporation rather than a public university. Such a lack of transparency is troublesome as it denies the opportunity for campus stakeholders to have a voice in the process,” the senate wrote.

“There is a lack of opportunity for full campus community input into the choice of the President. Such a process also means the CSU does not meet the higher standards of transparency and accountability expected of public institutions. As a result, there is likely to be less confidence and satisfaction in the outcome on the part of the university community and the public.”