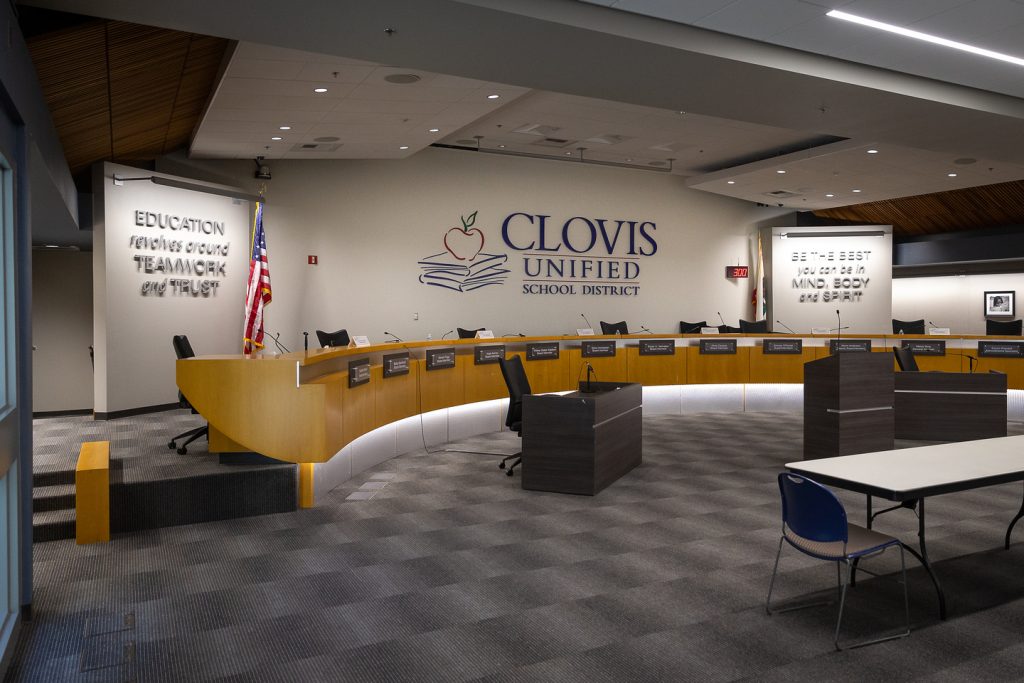 While support for unionization is still lacking, the Association of Clovis Educators (ACE) – the pro-union group within Clovis Unified School District – is alleging that the district has acted illegally .

The California Teachers Association filed a complaint with the California Public Employment Relations Board (PERB) Tuesday against Clovis Unified on behalf of ACE.

ACE claims the district’s support of Faculty Senate – the current employee representation organization – violates state labor law through the use of district resources and the alleged undermining of educators’ voices.

ACE leadership said in a statement that the group has taken this action in order to “safeguard students and educators and ensure educators have a real and independent voice in future decisions that impact CUSD schools.”

The charges call back to a 1983 ruling by the PERB that sided with another group that attempted unionization efforts within Clovis Unified: the Clovis Unified Teachers Association.

“We are concerned that Clovis Unified administration’s control of Faculty Senate is not only illegal, but it also undermines the ability for Clovis educators to successfully advocate for the improvements our students deserve,” stated ACE leader Kristin Heimerdinger, a teacher at Buchanan High School.

“In addition to the material assistance, the District now completely dominates the workings of the Faculty Senate. Not only did the District administer its elections, but the District also exercised oversight of Faculty Senate’s representational functions, and prompted Faculty Senate to revise its bylaws which, in their current proposed form, would increase District control and assistance to the organization,” the complaint reads.

The Clovis Unified Board of Trustees gave teachers a $4,000 one-time bonus from the money it received from federal COVID-19 stimulus funds.

Initially, ACE organizers hoped to have collected enough signatures – 50 percent plus one – to unionize by the end of the school year. But that support has not yet come through.

“We will not meet that target, in part due to the illegal interference of the district with Faculty Senate,” Heimerdinger told The Sun. “We are having to do a large amount of education to combat the misinformation that Faculty Senate can do what a union does.”

“On multiple occasions since the late 1970s, teachers in Clovis Unified have voted to have no union representation. Resulting from these votes, was a desire from teachers to have an organization made up of their peers to meet and confer with the administration on issues of interest. That organization is Faculty Senate, which has been in existence for decades.

“The PERB unfair practice complaint that we received late Tuesday on behalf of the Association of Clovis Educators, care of the California Teachers Association, contains many allegations that the District fundamentally disagrees with and sees as inaccurate.

“Clovis Unified has a history of high rates of teacher satisfaction and student performance and has utilized collaborative and mutually respectful decision-making to benefit students and staff. The District recognizes that employees have a legal right to attempt to form a union. In light of Tuesday’s allegations, we will exercise our right to respond through the appropriate PERB procedures.”