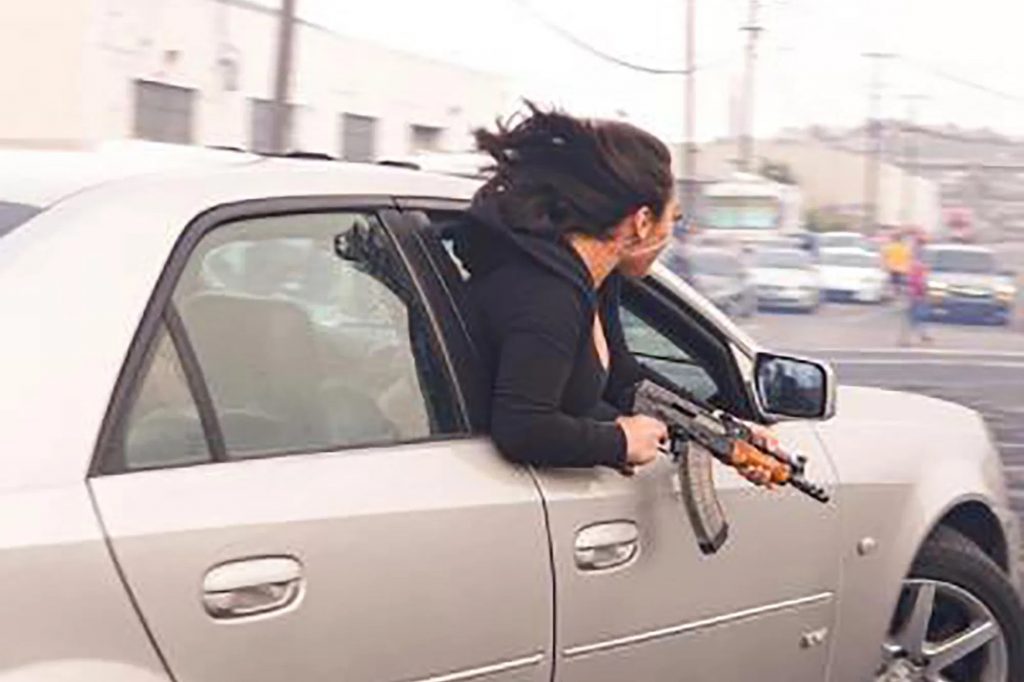 A woman in San Fransisco leaned out of a car window holding an AK-47 during an illegal drag racing event last month, the city’s police department announced on Twitter Wednesday.

The photo released by police shows the woman, whose name has not been released, leaning out of a Cadillac window brandishing an AK-47. Police said the photo was taken July 11, and that they have since seized the vehicle.

The incident comes amid a rise in violent crime in San Francisco this year.

“We’re almost double where we were in the last two years, and that is a huge concern,” Police Chief Bill Scott said in July, according to Fox News.