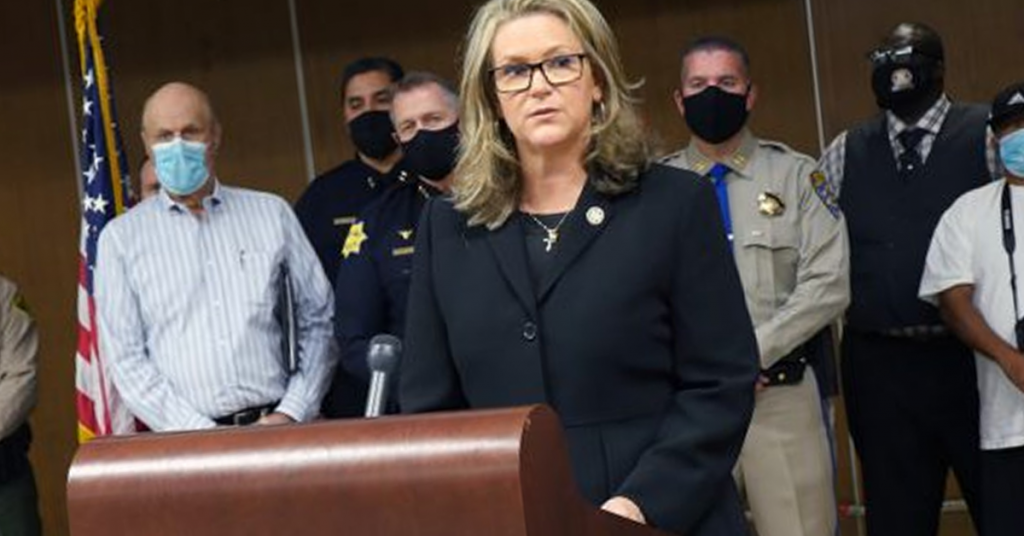 Fresno County District Attorney Lisa Smittcamp is taking issue with the job her counterpart in Los Angeles County is doing – and she isn’t holding back expressing it.

Tuesday, Smittcamp sent a letter to Los Angeles County District Attorney George Gascón announcing that she will refuse to grant him and his office jurisdiction in cases that involve both counties because of a set of special directives he issued shortly after taking office last December.

“Your Special Directives are extreme, and they are already wreaking havoc on crime victims and ignoring their Constitutional rights,” Smittcamp wrote. “Your lack of concern for victim’s rights and public safety is of great concern to all of us who pride ourselves on protecting those very things. Crime has no boundaries, and these Special Directives will certainly impact areas outside of Los Angeles County.”

Smittcamp’s letter comes after similar efforts from both the Sacramento County and San Diego County district attorneys. San Diego District Attorney Summer Stephan revoked Gascon’s jurisdiction in a case of a man who was charged with armed robbery in San Diego County and a murder in downtown Los Angeles in 2019.

Like Smittcamp, Sacramento District Attorney Anne Marie Schubert took preventative action and informed Gascon that he will never have jurisdiction in Sacramento County while his policies are active.

There are four directives in question:

“Criminals, like all human beings, need structure, guidance, authority, rules and order to chart a productive path,” Smittcamp wrote. “Your directives encourage a lack of accountability and responsibility for criminal activity. By discounting their responsibility to be productive members of society, you are hurting them too.”

Smittcamp said her refusal to grant Gascón jurisdiction is not out of a lack of support for criminal justice reform.

“I stand in support of meaningful and productive reforms,” Smittcamp wrote.

However, Smittcamp feels that Gascón’s reforms are not the productive avenues that should be sought out.

“You are not serving the People by ignoring victims and solely focusing on the mass incarceration you seek to eliminate.”