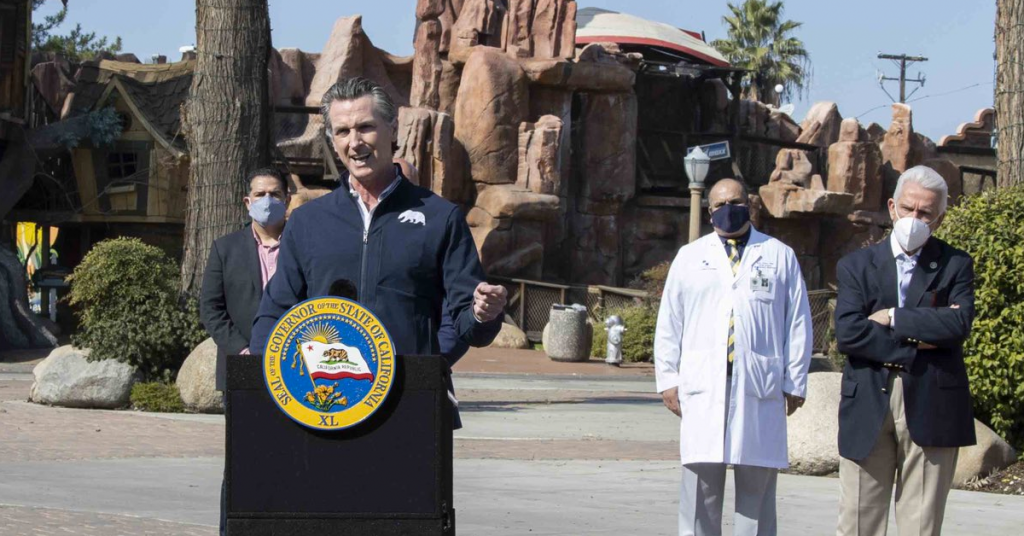 Nothing went according to the script in Gov. Gavin Newsom’s visit to Fresno.

Arriving to Fresno a day earlier than initially indicated, leaks that the Newsom would announce a badly-needed mass vaccination center at the Save Mart Center did not materialize when the Governor briefed the press Wednesday.

Instead, Newsom noted that the location and date he would announce the mass vaccination site in the battered region were still unknown.

Meanwhile, the call for more vaccine doses in the San Joaquin Valley, too, went with little help from Newsom on Wednesday.

Newsom announced that the Valley’s OptumServe testing facilities – including one at Reedley College – would be slowly converted into vaccine facilities.

“We have 20 of (the facilities) throughout the state of California. They’ve been doing a lot of testing on the basis of equity in the first OptumServe site. Now for vaccinations will be at your city college in the next few days,” Newsom said.

Asms. Devon Mathis (R–Visalia) and Joaquin Arambula (D–Fresno) have pushed California public health officials to recalibrate to address the dearth of vaccines for farmworkers and other vulnerable workforce populations residing in the Valley.

We need the best data to drive decisions regarding further COVID-19 vaccine distributions and to ensure that the central San Joaquin Valley overall receives more doses,” their letter reads.

The issue of state distributing vaccines has rankled local officials across the Valley floor.

Fresno County Supervisor Buddy Mendes, speaking to The Sun ahead of Newsom’s visit, offered little enthusiasm about the Newsom administration’s ability to execute.

“Tell me something that the state has done right,” Mendes mused.

And amid few takeaways for locals desperate for a vaccine turnaround from the Governor, hecklers pushing the campaign to recall Newsom made their presence known.