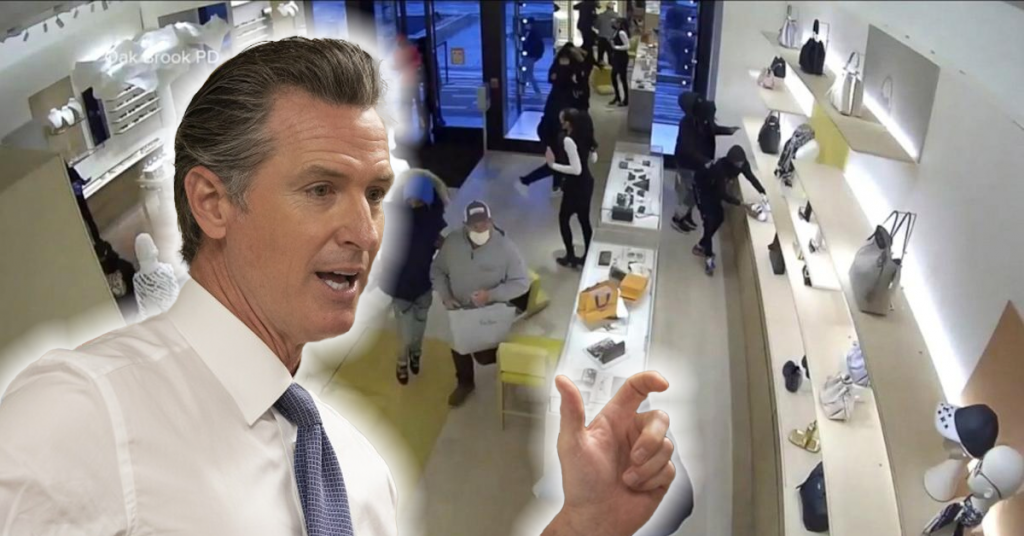 During a Friday press conference, Newsom attempted to cast the only-in-California, headline-grabbing robberies as part of a larger national issue related to retail theft.

“The issue of crime and violence is top of mind all throughout not only the state of California but across the United States, highlighted recently by some high-profile retail theft operations,” Newsom said.

In response, California, home to prison realignment and decriminalization laws like Proposition 47, will see a hefty cash infusion from Newsom courtesy of a new effort he’s branded the “Real Public Safety Plan.”

Yet the proposal hasn’t exactly many plaudits.

For one, it comes amid the second time in as many months that Newsom has attempted to deflect some blame for the state’s growing crime issues.

They responded by pointing to the handcuffing nature of Proposition 47, a law which reduced many key felonies to misdemeanors.

Recent history is on the side of the locals: assailants of smash-and-grab style robberies aren’t held in jails long enough for any serious punishments to likely be doled out.

In Fresno, a coordinated four-woman robbery of an Ulta Cosmetics store last week saw its assailants released from Fresno County Jail within six hours of being arrested.

Instead, Newsom’s hefty spending proposal has only expedited California political and law enforcement leaders to call for rollbacks of the sweeping, criminal justice reforms Newsom and his predecessor, former Gov. Jerry Brown, enacted during their time together in the executive branch from 2010 through 2018.

Among those leaders making the call? Brown himself.

Speaking to Elex Michaelson of Fox LA, Brown said that California needs to embrace a middle ground that reintroduces medium term sentencing coupled with intense rehabilitation efforts for criminals engaging in crimes that have high likelihood of recidivism.

Brown noted that prisoners who are sentenced with lengthy, 25-plus year terms often rehabilitate far earlier than their terms.

"You go steal a car or something…you got to spend some time!"