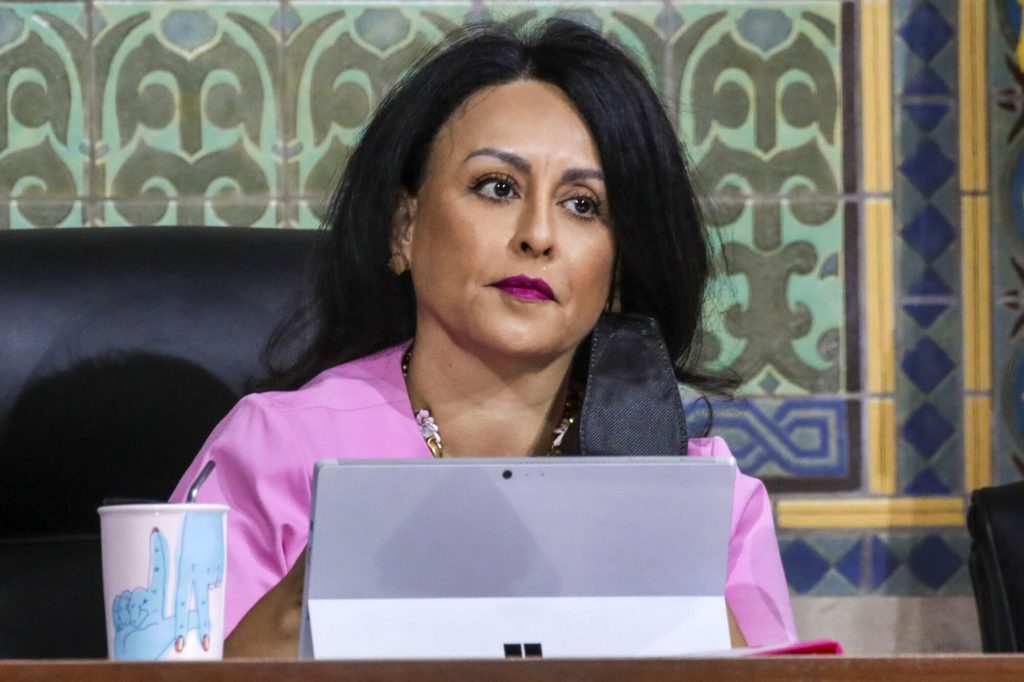 Remarks made by Martinez last year in conversation with two other councilmembers and a local union boss were released on audio over the weekend, in which she made disparaging and racist comments about another council member’s young Black son. She was also heard making racially disparaging remarks in the context of discussions over the redistricting of City Council seats.

Her resignation marks the second of four individuals involved in the redistricting conversation. Ron Herrera, the chief of the L.A. County Federation of Labor, resigned his post shortly after the recordings went public.

Members of the public have been showing up at City Hall in large numbers to demand Martinez – as well as councilmembers Kevin de León and Gil Cedillo – resign.

Martinez had already resigned her position as president of the council. Now she is leaving the seat altogether.

“It is with a broken heart that I resign my seat for Council District 6, the community I grew up in and my home,” Martinez said in a statement released by her office Wednesday afternoon.

Councilman Mitch O’Farrell, who became acting council president after Martinez stepped down from the leadership post, called on de León and Cedillo to also resign.

“For Los Angeles to heal, and for its City Council to govern, there must be accountability,” O’Farrell said. “The resignation of Councilmember Nury Martinez is the first, necessary step in that process. To that end, I repeat my call on Councilmembers de Leon and Cedillo to also resign. There is no other way forward.”

Protesters with the SEIU showed up at de León’s office in Boyle Heights to call for him to resign. Union members say they feel hurt and betrayed by the councilman’s comments, especially after they helped campaign for him.

Critics are also calling for Cedillo to resign. He was present during the conversation but was not heard making remarks as controversial as those by Martinez and de León. Cedillo lost his primary election in June and if he doesn’t resign first, his term will end in December anyway.