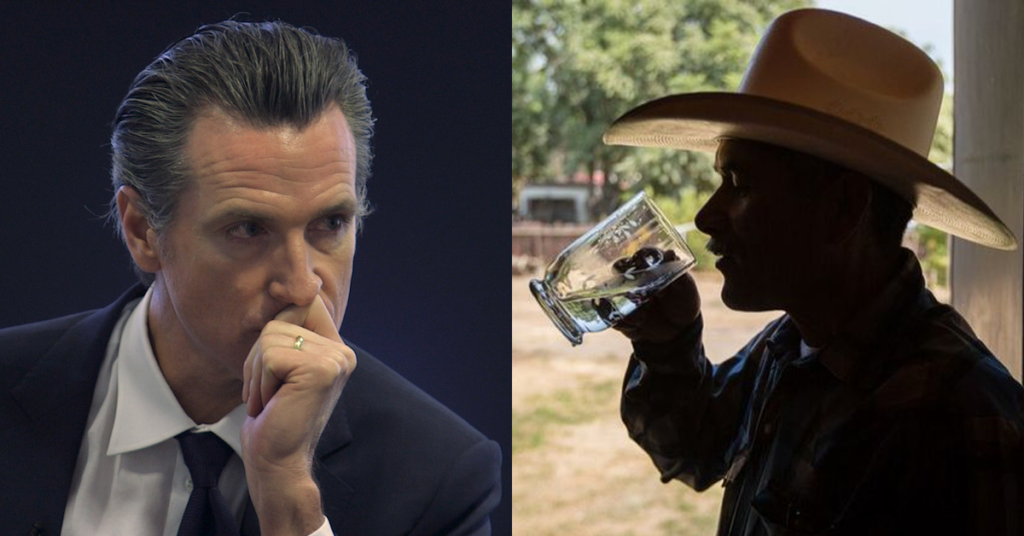 A new study has revealed an alarming number of California households collectively owe more than $1 billion in debt stemming from failure to pay water bills over the past year.

The California Water Board released the results of the survey on Tuesday, which show that 1.6 million households have water debt. That totals 12 percent of the state.

On average, the debt runs at $500 per household, although over 150,000 households are facing over $1,000 in debt each. Those households with major debt make up about half of the total water debt in the state.

Although many Californians faced water debt before COVID-19 struck, the pandemic and the state’s response to it has been a major factor in the debt accumulation.

In April 2020, Gov. Gavin Newsom enacted a moratorium on water shutoffs for unpaid bills in an executive order

“This executive order will help people who have been financially impacted by the COVID-19 pandemic by ensuring they have water service,” Newsom said at the time. “Water is critical to our very lives, and in this time, it is critically important that it is available for everyone.”

Newsom’s moratorium is still in place as the state continues to keep many sectors closed as part of its pandemic response, but the water bills have been racking up since last April. Eventually the moratorium will end and the households in significant debt will be faced with the possibility that their taps will be shut off.

Those hardest hit with significant debt are concentrated in Los Angeles, and parts of Colton, Orcutt and Rancho Cordova are right behind with a large number of individuals who have not paid their bills.

The neighborhoods with the highest numbers of households that owe over $1,000 are all located in the Los Angeles area.

There have been some steps taken to help households facing mounting debt.

In the spending bill passed last December, Congress allocated $638 million to the Department of Health and Human Services to create a low-income water assistance program designed to help households struggling with water bills.

In the state legislature, Sen. Bill Dodd (D–Napa) introduced two bills on Tuesday that would establish a water assistance fund for low-income individuals and expand protections for people facing shutoffs due to a failure to pay water bills.

“Access to water is a fundamental right of all Californians, regardless of their income level or economic status,” Dodd said in a statement. “Yet as we’ve seen today, many people are at risk of being denied this essential service, in part because of rising water rates but also because the pandemic has left so many people unemployed.

“My legislation will ensure low-income customers aren’t cut off and get the financial help they need to keep the water turned on for their families.”