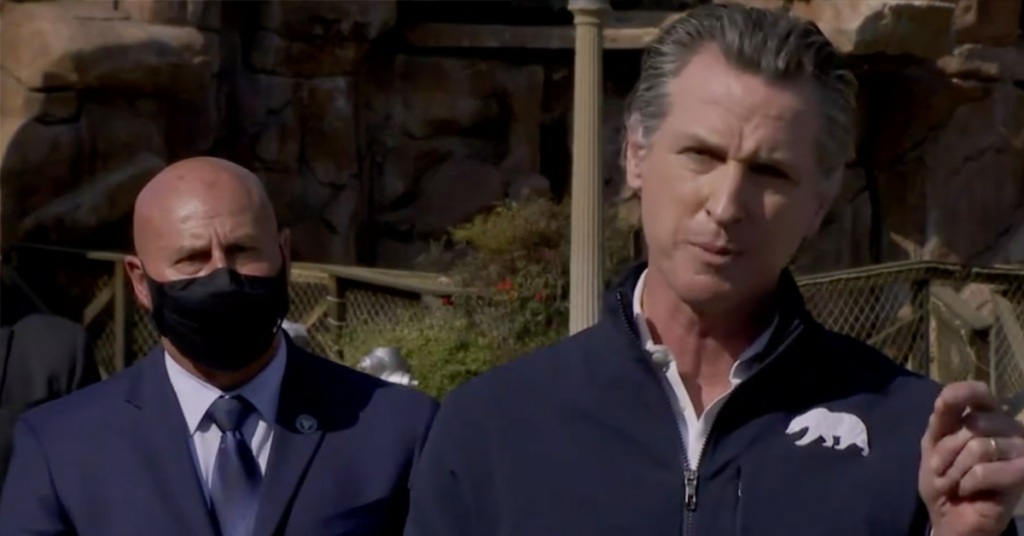 In the face of an impending recall election, Gov. Gavin Newsom previewed his revision to the fiscal year 2021 budget led by a sizable projected $75.7 billion budget surplus.

Speaking in Oakland, Newsom led with the announcement that he would propose expanding the Golden State Stimulus issuing $600 one-time payments to Californians earning $75,000 or less.

Newsom cast the spending as a “tax rebate,” albeit not all California taxpayers will receive the payment back from the state Treasury.

The expansion proposal, tabbed at a $12 billion price tag, would enable roughly two-thirds of Californians to receive a payment.

Along with the $600 payment, qualified adults with children would receive an additional $500 payout.

In the run-up to Newsom’s announcement on Monday morning, Californians reacted swiftly to the proposed payout, with some cracking a joke at the Governor’s expense.

Everyone can afford at least one meal at the French Laundry now!

In previewing his Golden State Stimulus expansion, Newsom trotted out tried-and-true conservative talking points to espouse the benefits of the purported tax rebate in a not-so-veiled attempt at triangulation.

“We believe people are better suited than we are to make determinations for themselves on how best to use these dollars,” Newsom said.

Who is gonna tell @GavinNewsom that this is what Republicans have said for years?#RecallRebate https://t.co/FfawZ7YgJk

In that case…. I have a request…. https://t.co/XoU9wIFBgQ

California’s landlords received their own bit of good news in Newsom’s Monday morning budget preview: he’s seeking to make them whole following a pandemic year of non-payment by tenants.

Newsom announced a doubling in the state’s rental assistance program to $5.2 billion, thanks to a boost of $2.6 billion from Federal coronavirus relief funding. The goal of the increase in funding was to reach 100 percent of bank-rent paid to landlords along with continued payment for California renters still affected moving forward.

“This is certainly welcome news, and we applaud Gov. Newsom for his commitment to making rental housing providers whole,” said Tom Bannon, chief executive officer of California Apartment Association. “Many of our members have provided housing for more than a year without compensation. We thank the governor for understanding the difficulties that both tenants and rental property owners have endured during the pandemic.”

The other prong of his California household relief proposal included $2 billion in spending to pay off unpaid gas, electric, and water utilities. Of that sum, half would be dedicated to paying off 10-figures in unpaid water bills accumulated by California residents during the coronavirus pandemic.

Two leading contenders seeking to replace Newsom should the late-Fall recall election prove successful cast the announcement as at best an attempt to distract voters from the recall effort, and at worst attempting to paper over critical missteps during the pandemic.

“We need a change at the top, that’s why I’m leading this recall movement. When I am elected, we will start the California Comeback by securing lasting tax relief for families across our state.”

“Instead of making beastly, structural changes and slashing taxes permanently, pretty boy Gavin Newsom is making one-time payments to Californians to avoid being recalled – and only because the law requires him to,” gubernatorial challenger John Cox said.

“But, Californians can’t be bought. Now is when we should be making big changes that will shake-up Sacramento, lower taxes and make California permanently more affordable.”