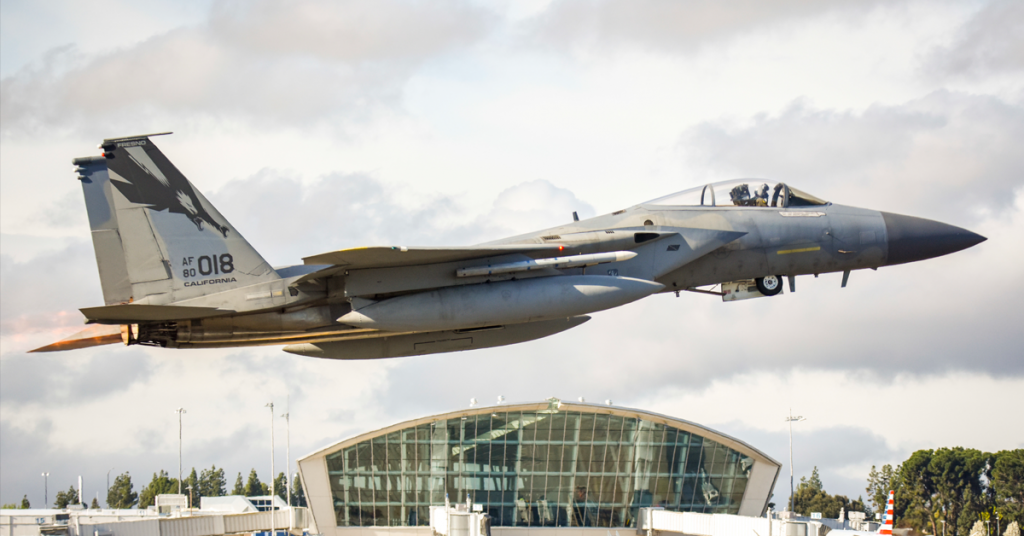 A string of bad press and questions of malfeasance has driven unrest within the California National Guard into the ouster of a top general tasked with commanding the Guard’s air branch.

Few reasons have officially been dispatched as cause for Maj. Gen. Gregory Jones’ ouster.

A statement from the Guard merely noted that it “is committed to facilitating a positive working environment for all of its members, regardless of gender and ethnicity.”

The firing arrived as claims that high-level Guard commanders secretly ordered a Fresno-based F-15C fighter jet be readied in the event they would be needed to intimidate protesters over the course of 2020.

Guard members went public with concerns of the pseudo-orders to ready the fighter jet for low-level flights over civilian protesters.

Baldwin denied that the jets were readied for that purpose and Gov. Gavin Newsom’s office, which oversees the California National Guard, said Newsom would not authorize such an action.

In a statement to the paper, Baldwin cast the F-15C story as false in response to inquiries about the timing with Jones’ firing.

Now, Newsom has tabbed the Office of Emergency Services and the Guard command to review uses of military aircraft and downgrade the use of F-15C planes for civilian support missions.

While F-15C jets have been used to survey earthquake damage in recent years, the plane’s primary purpose is air-to-air combat as part of the NORAD mission on the West Coast.

Jones, however, said he confronted Baldwin over questionable use of the Guard’s aircraft.

When Baldwin ordered – and he resisted – the deployment of an F-15 to survey damage from the 2019 Ridgecrest earthquake, Baldwin reportedly told Jones “[t]hese are my airplanes.”

The Guard classified the Ridgecrest mission as a training exercise to mask its true purpose, Jones said.

“I told him I think we could put 500. He said, ‘No, I want 800.’ We were tasked with training 800 airmen the next day,” Jones told the paper. “Luckily nobody got hurt, we didn’t have any accidental discharges. It could’ve gotten really ugly.”

The F-15 claims are not the Guard’s first brush with public relations issues tied to its use – or misuse – of military aircraft.

In June, the Guard sent an RC-26B reconnaissance plane over El Dorado Hills, a Sacramento suburb which also happens to be where Baldwin lived.

When the mission was unearthed in October, Newsom chided the Guard for the move.

Baldwin denied the deployment had anything to do with his residence being in the same city.