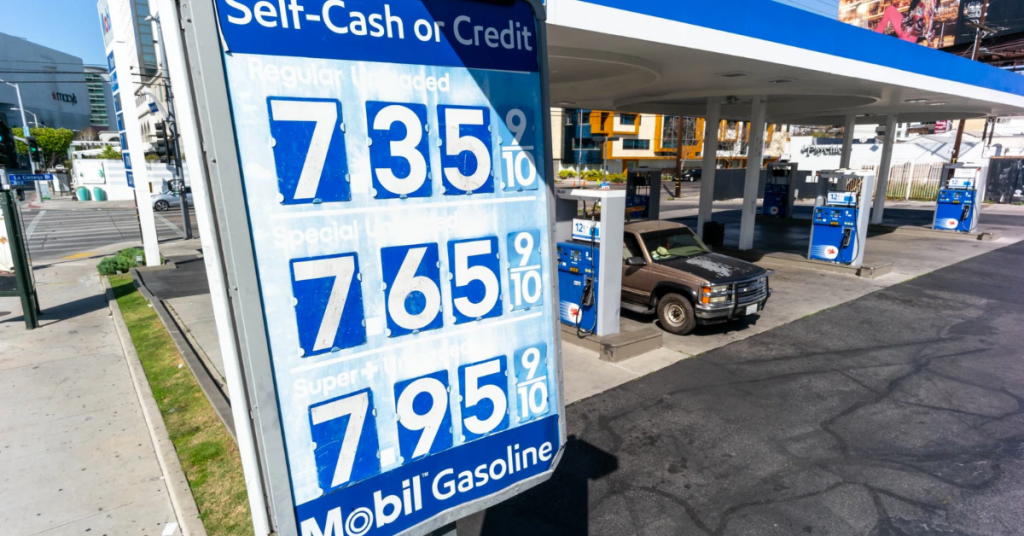 After two attempts to expedite consideration for a bill to create a tax holiday for California’s highest-in-the-nation gas tax, California Republican lawmaker Kevin Kiley ran into a head-scratching conundrum on Monday.

Democrats sought to convert his bill – Assembly Bill 1638 – from a six-month gas tax reprieve for California drivers into a gas tax hike on oil producers as gas prices climb to near $6 statewide.

The bill, as originally authored, would suspend collection of the state’s gas tax – which accounts for 51 cents per gallon – for six months. To make up for missing revenues for road projects, the bill would backfill with California’s $38 billion surplus.

During a Monday hearing of the California Assembly Transportation Committee, Asm. Alex Lee (D–San Jose) proposed to gut the bill of its language as written by Kiley and amend it to introduce “a new vehicle fuel windfall profits tax on gasoline supplier gross receipts when the price of a gallon of gasoline is ‘abnormally high’ compared to the price of a barrel of crude oil.”

What did I just watch??? Instead of providing relief to Californians by supporting @KevinKileyCA’s bill to temporarily suspend some of CA’s gas taxes, @alex_lee wants to gut & amend #AB1638 with HIGHER TAXES when gas prices are high, just to send some of it back via rebates??? pic.twitter.com/C7YQZm86rk

The amendment would have tasked California’s Franchise Tax Board with determining tax rates to recover profits in excess of 30 cents per gallon and assigned the California Energy Commission with the task of developing the elements defining profit margin for collecting the tax.

As for the revenues generated? Lee would have the state administer a rebate program to drivers.

The proposed amendment drew considerable ire from Kiley, who instantaneously sought to withdraw his bill as Lee was tendering his amendment.

Meanwhile, Bakersfield Republican Vince Fong, the vice-chair of the committee, couldn’t hold back his disgust at the legislative tactic.

“Let’s be clear on what’s happening right now. A bill to temporarily suspend state gas tax for six months to provide immediate relief to Californians is being hijacked,” Fong said.

The issue with the amendment? None of the Democrats, including Lee, wanted to take on authorship of the bill as-amended.

Even though she supports Lee’s amendments, @laurafriedman43 refuses to become the author of the bill, saying “I have not had a chance to dive in depth into this.”@KevinKileyCA responds, “We are willing to own our proposal. You’re not even willing to put your name on yours.” pic.twitter.com/jqgWdUq6GK